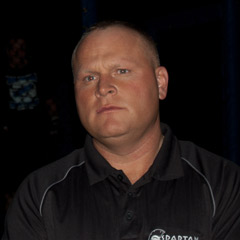 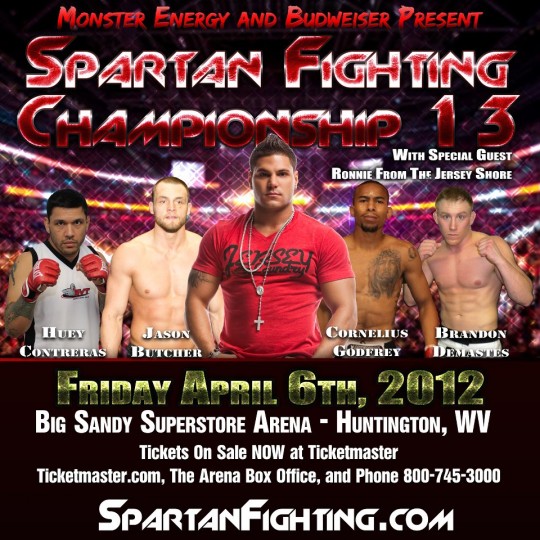 I wish I could type here that I single handedly make Spartan Fighting Championship a success. If it were that easy there would be so many more successful promoters and the UFC would have a run for its money. That’s not the case. I am the promoter of Spartan. I do the majority of the matchmaking but past that it is out of my hands.

What I think makes your promotion, whether it be the UFC or the local promotion putting on its first show, is the people you put around you. I am so thankful that I have a small group of people that can tolerate me enough when times get hard to make things happen.

Not only do they make it happen but they shock me at how well they do each and every time. We are getting so close to SFC 13 and already working hard on SFC 14 that it feels there is an overwhelming amount of hurdles to overcome, but I wanted to make sure that everyone knows who makes SFC tick.

We pride ourselves on having one of the most cutting edge websites in the business. Not only that but we want to have the best marketing possible and the best social media presence possible. For that I give the credit to Alex Hackney. Alex has been with Spartan from early on and started as the DJ and audio man.

He designed the website to make it a blend of all the other MMA websites out there. He works long hours to make what you see on the world wide web the best that it can be. We love our posters. Alex handles that. Ticket design, well yes that is also Alex.

Our newest venture is our broadcasting. Our last three events have been available on Go Fight Live. Alex  has made it possible that we can broadcast and stream right on our own website. So if you can’t make it to The Big Sandy Superstore Arena you can still watch all of the action from your own device.

Betsy Walker is our Director of Events. She handles all of the contracts and all of the paperwork side of the promotion. If you know about matchmaking and promoting you know that things change on a dime. Betsy is an ace at handling that. She handles making sure the athletic commissions get what they need so the event can take place.

Then there’s the dynamic duo of Chris and Dana Crabtree; friends first but vital parts of the promotion. Chris takes care of all of the security. He handles the backstage/locker room area and often times has to be the mean guy that comes and tells our ticket holders to have a seat. Sometimes he just throws his hands up because our fans are the best , loudest and at times rowdiest.

During an event once people were actually standing on the VIP tables. It was wild. Dana handles all of the volunteers that help out. There have been so many I couldn’t possibly name all of them but the one person who gets them organized is Dana. She’s also the person taking tickets and making sure that you’ve paid before you get in.

Kenny Diamond has been around for a long time and is such a wealth of knowledge. As the promoter for TriState MMA back in the early 2000’s, Kenny is a great consultant to Spartan and has assisted with matchmaking.  Recently he and Pro MMA Now’s very own Gary Thomas have been the broadcast team for our events, as well as Milan Jordan. The three of them make a great team and are so wise to what is going on.

There are more, many more, that help with Spartan. It has been a real journey. I know reading this you expect a little more behind the scenes. Well this is the behind the scenes. You can’t just show up and put on a event. It takes a village to raise a promotion and to push them to places they had only hoped they would go. April 6th we are doing an all pro event. That means everyone on the card makes money. Without a team, a good team at that , it would have never happened.

“This is Sparta!” is a weekly ProMMAnow.com (www.prommanow.com) blog written by Spartan Fighting Championship owner/promoter Terry Callihan and is part of ProMMAnow.com’s ongoing series of exclusive content written by individuals involved in the mixed martial arts industry. Visit the Spartan Fighting Championship website at www.SpartanFighting.com. Follow them on Twitter at @SpartanFighting and on Facebook.