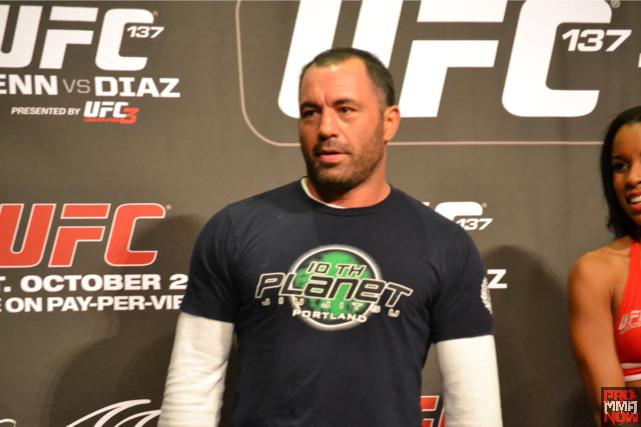 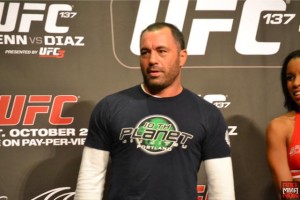 Remember when UFC color commentator Joe Rogan went way over the top with excitement after Tim Boetsch’s knockout of Yushin Okami? Some people compared it to an orgasm.

The dude gets excited. After all it is a fight, and the man is passionate about the sport. At least he comes off as genuine for the most part and doesn’t sound like some shill reading a teleprompter.

Rogan is part of the UFC fan experience. He’s a fixture. Just like Goldy, just like the classy Bruce Buffer. He’s part of the UFC’s DNA if you will; much like a Royce Gracie submission, a Matt Hughes slam or Joe Son’s nuts — you get the point.

Anyway, it seems now that the UFC has moved over more into the mainstream and signed on with FOX, someone over there wants Mr. Excitement to tone it down a bit. Rogan talked about it on his recent podcast:

“When I get excited about something, the way I get excited about it’s natural and I’m pumping it up … but these [expletive] dummy executives — I’m not saying the Fox ones — I’m saying pretty much a huge percentage of the group of people that is in the producer position. A lot of them think that they are creative, they fancy themself to be creative.

“You can’t tell me how to deliver the way I deliver. I’ve been doing it forever, they either like it or they don’t. Most people like it. If you don’t, tough [expletive].

Rogan addressed his comments from the podcast on Twitter early this morning:

“Also, in all fairness it was the first time the UFC aired on FOX and everyone was completely stressed out and trying to make the best show.”

The audio clip of Rogan talking about the incident on The Joe Rogan Experience podcast is posted below (NSFW).