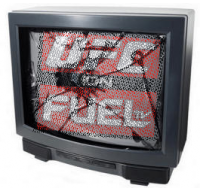 At the end of February I asked if UFC fans were beginning to make the transition over to FUEL TV and FX from the old home of the UFC which was Spike TV. That appears to be the case as we received a press release with news that FUEL TV broke all types of ratings records in the month of February. From the release:

The network aired 233 hours of UFC content during the month with much of that content being centered around the first of six live UFC events that will air on FUEL TV in 2012. The next live UFC on FUEL TV event will take place on April 14th, in Stockholm, Sweden. It will be headlined by a light heavyweight bout between Swedish native and rising contender Alexander Gustafsson as he takes on the highly regarded Thiago Silva.

It’ll be interesting to see if FUEL TV can sustain this record breaking pace over the next few months and more importantly, continue to add households to its distribution list as it’s only available in 36 million homes at this point. Stay tuned to Pro MMA Now for more commentary and analysis as more data becomes available throughout the year.