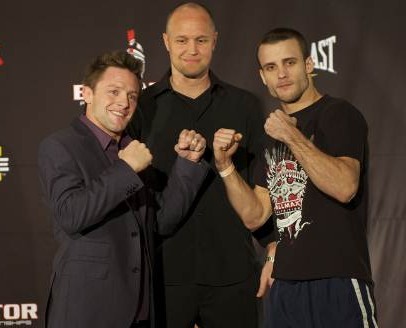 HAMMOND, Ind. — Bellator Fighting Championships returns for its sixth season premiere with Bellator 60 Friday night at Hammond’s Horseshoe Casino in Hammond, Ind. Bellator Featherweight Champion Joe Warren puts his title on the line against Pat Curran in the night’s headliner. Warren weighed in Thursday afternoon at 144 pounds, while Curran weighed in at 144.8 pounds.

The complete Bellator 60 weigh-in results are as follows:

* – Genair da Silva did not make weight and has been replaced by Kenny Foster against “PoPo” Bezerra in the Featherweight Tournament.