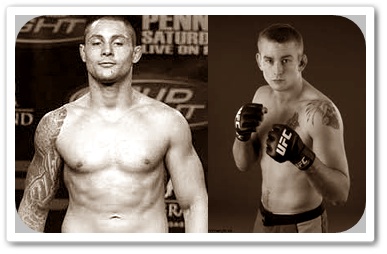 The UFC was able to avoid the injury bug for a nice stretch it seems, but it has reared its ugly head this week for Antonio Rogerio Nogueira. He as scheduled to take on Alexander Gustafsson in the main event of the UFC on FUEL TV 2 event that’s scheduled for April 14th, in Stockholm Sweden, but has been forced to pull out of the event due to a knee injury.

The UFC announced today that Thiago Silva will replace Nogueira and face Gustafsson in the main event.

Thiago Silva (14-2, 1NC) will return to action for the first time since his year long suspension for a failed drug test after his UFC 125 fight against Brandon Vera. It was originally ruled that Silva won a unanimous decision, but that was overturned to a no contest once the results of the drug test were confirmed. Silva was thought to be a top ten light heavyweight prior to the year long layoff, and will look to put a halt to the recent success experienced by Gustafsson.

Alexander Gustafsson (13-1) is coming off a two minute KO victory over Vladimir Matyushenko at UFC 141. He has won four consecutive fights, all by stoppage after suffering the first defeat of his career against Phil Davis. This will mark the first time that Gustafsson has fought in his native country since defeating Vladimiar Shemarov via TKO in 2009.

The event will take place the Ericsson Globe Arena and will air on FUEL TV. The tentative fight card is below: