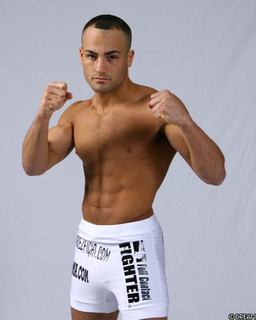 CHICAGO, Ill. (March 2, 2012) — One of the most talked about rematches in MMA is finally taking place as former Bellator Lightweight Champion Eddie Alvarez looks to avenge his 2008 loss against DREAM Lightweight Champion Shinya Aoki on Friday, April 20 LIVE from the I-X Center in Cleveland, Ohio on MTV2 and in commercial-free HD on EPIX. Tickets for the event are on sale now and can be purchased atBellator.com and IXCenter.com or by calling 877-772-5425. Tickets range from $30-$125.

For Alvarez, the Philadelphia native sports an incredible 22-3 professional record with victories over Pat Curran, Joachim Hansen, Roger Huerta and Josh Neer. After winning the Bellator Lightweight Title in Season 1, Alvarez successfully defended his belt until Bellator 58 where he was defeated by Michael Chandler in what many MMA observers are calling the “Fight of The Year” (Watch Here: http://bit.ly/uoaoCE). While the outcome isn’t what Alvarez expected, the Philadelphia Fight Factory product is ready for his next challenge.

“This really is the perfect scenario for me,” Alvarez said. “I need to redeem myself, and I can’t think of a better way to do it than avenging my loss to Aoki in 2008. I’m glad I’m able to get back on the horse and fight someone of his caliber right away.”

Aoki heads to the States fresh off his impressive New Years Eve victory with DREAM, where the 28-year-old submission specialist kept his spotless 5-0 New Years Eve record intact with a unanimous decision win. That perfect record includes his 2008 victory over Alvarez, where Aoki defeated the American with a heel hook submission early in the first round. With both lightweights ranked in the consensus Top 10, this is a fight fans will have circled on their calendar.

“Ed asked me to secure this rematch for him years ago,” said Bellator Chairman & CEO Bjorn Rebney. “I promised I would, and now it’s official. Anytime you can put two of the world’s Top 10 Lightweights in the cage together at the pinnacle of their careers, you’ve got a very special fight on your hands – and that’s exactly what we will see in Cleveland April 20th.”