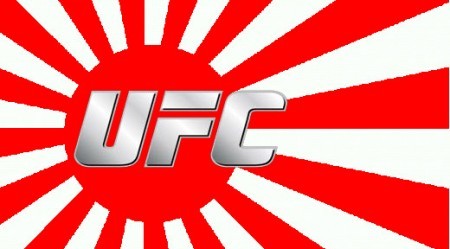 Last week I wrote the usual storyline piece prior to UFC 144 in which I posed five huge questions. We’re going to take a look at those answers and provide a little commentary on things moving forward. Let’s take a look at what we found out:

It’s plausible, but I don’t expect that to happen until the UFC can garner a significant TV deal that will help them get more eyeballs on their product as well as real sponsorships in that country. However, it could take the UFC two or three shows on par with UFC 144 to prove the UFC is a real player to Japanese TV outlets. The main point is that the UFC will certainly have to put some work in if they want to get any real traction in Japan.  UFC 144 was certainly a great start.

I thought the crowd as outstanding for the most part. It’s amazing that close to 20,000 fans attended a show that took place in the early Sunday morning. The collective gasps and awe/cheering that came about as Hatsu Hioki was transitioning from submission to submission against Bart Palaszewski was great. The crowd was a lot more vocal than I anticipated going into the event. They were not as vocal as some Canadian or Brazilian crowds, but it was a nice balance of cheering and ‘silent respect’. I was surprised that there was booing from the crowd. I can’t remember which fight it was but I remember asking myself if they were booing! Overall, the crowd added to the PPV broadcast in my opinion.

I predicted that Henderson would beat Edgar. It was a close fight, but not a controversial decision at all in my opinion as I thought Henderson clearly won the fight. I know some people will say that Gilbert Melendez is the number one lightweight in the world. Some people believed he was the #1 lightweight prior to Edgar losing to Henderson. I disagree with that. I would have no problem with Ben Henderson being ranked in the number one slot. He has beaten three top ten lightweights in a row(Miller, Guida, and Edgar), all in the last six months.

I knew some people probably read that last week and thought I was going crazy, and this was written prior to him missing weight, etc. Can Rampage Jackson continue fighting and beat some decent competition? Sure. Will he ever fight at an elite level and become champion again? No. Jackson hasn’t been the same since parting ways with Juanito Ibarra who Jackson accused of stealing money from him. Jackson has always hated training and has basically been winning off sheer talent/physical tools for the past couple of years. I’m a Rampage fan, but I personally would like to see him retire. The younger guys no longer fear ‘Rampage’ like they did three years ago. They know he’s very beatable nowadays and he’s not willing to make any type of adjustments to stay at a high level. Jackson has already said that he’ll continue fighting…so stay tuned.

There was a fight that featured two Japanese fighters against one another, so of course there was going to be a winner/loser there. The winner there was Takanori Gomi. The remaining 7 Japanese fighters went (4-3), and yes I’m counting Takeya Mizugaki as a winner because he was robbed by the judges. I don’t throw the robbery term around loosely, but clearly defeated Chris Cariaso and it wasn’t even close. Hatsu Hioki looked outstanding as did Yushin Okami before getting knocked out by Tim Boetsch. That was the epitome of ‘getting caught’. It would have been great if Kid Yamamoto and Yoshihiro Akiyama could have won but it wasn’t in the cards for them. The Japanese fighters did better than .500 which makes me wonder if the jetlag of traveling to America affects these fighters. Hioki looked like a totally different fighter than the one that fought in his UFC debut, and Akiyama didn’t get as tired as he normally does. That’s something interesting to keep an eye on.