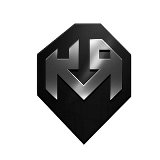 Here’s the lowdown on everything. You may have heard of Kountermove before as it’s basically a version of Fantasy MMA with the real chance of winning REAL money. It all depends on how good you are at analyzing fight matchups and predicting how each fight will go. You have a salary cap of 25,000 dollars(these are fake dollars) in which you draft 5 fighters for each event. Each fighter has a dollar value(favorites to win the fights usually have higher dollar values). The five fighters you select can’t go over the 25,000 salary cap.

Here’s how to play….

1) Pick a Game:  You will simultaneously select (1) the “Entry Fee”, from a choice of free games or various cash games, and (2) the size of the opponent pool you wish to play in.

2) Draft Your Team of Fighters:  You then draft a team of 5 fighters, under a salary cap of $25,000 in fake money. You may edit your team of fighters at any time right up until the first preliminary bout of the event begins.

Got it? Good. If not, feel free to drop your questions in the comments section of this post. If you are asking yourself if Kountermove is legal, yes it is and you can read about that right here.

You can add money to your Kountermove account in less than a minute via your own bank account or via Paypal.  You can withdraw your winnings at ANY time WITHOUT paying a withdrawal fee. You can read more about that right here if anything isn’t clear.

So are you ready to compete against the Pro MMA Now staff as well as other readers of the site?  All you have to do is click on this link which will take you to the Pro MMA Now “Rising Sun” Kountermove tournament. The entry fee is $5 (which you will need to deposit first) with the chance to winning the following:

There are 25 slots available for this UFC 144 tournament, but if more people want to get in we should be able to open more slots up(which would also make the money pot larger).

Also, Kountermove will pay your next $10.00 entry fee for every person who clicks on your Facebook post or tweet, signs up for Kountermove, and then plays a cash game.  So in short, if you got 5 people to sign up for this game you would receive a $50 credit to your account. So go out and invite your friends! The deadline to enter the tournament is posted on the Kountermove website(deadline is right before the actual UFC 144 preliminary fights begin).