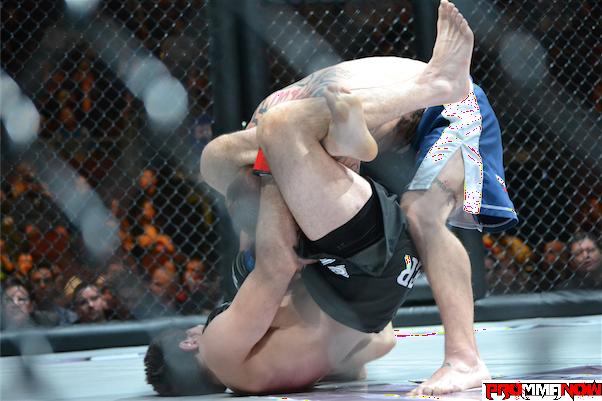 LAS VEGAS — Immediately following the fights at Superior Cage Combat 4 Thursday night at the Orleans Arena in Las Vegas, the promotion held an awards presentation to publicly recognize and hand out bonus checks to the night’s top performers.

Twenty-eight-year-old Alabama heavyweight Walt “The Big Ticket” Harris won “knockout of the night” for his first round knockout-due-to-punches of Anthony Hamilton while improving his record to 4-1.

Brandon Bender and Marlin “Shorty” Weikel won “fight of the night” for their 12 1/2 minute back-and-forth featherweight tilt that ended with Bender finishing Weikel with a triangle choke halfway through the third round. Bender improved his record to 9-0 and it was his eighth submission victory.

Topping off the awards was John Gunderson, who not only won SCC’s inaugural lightweight title, but also took home “submission of the night” for his third round kimura of UFC vet Justin Buchholz of Team Alpha Male. Gunderson improved his record to 33-12, winning his 28th fight by way of submission. Gunderson, who has been fighting professionally since 2002, said this will likely be his final year.