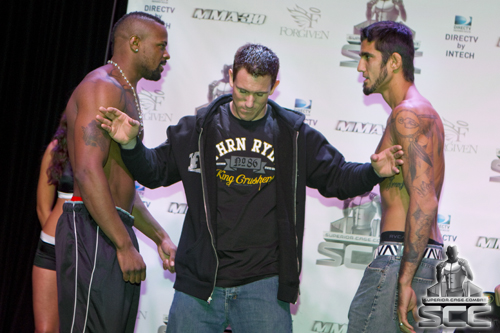 Terry Martin was not medically cleared by the Nevada State Atheltic Commission and his bout with Jesse Taylor has been scrapped. Taylor will be paid his show and win money according to SCC officials.

The SCC 4 weigh-in results are as follows: