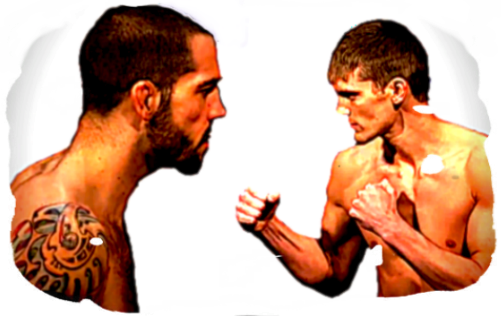 UFC welterweights Matt “The Immortal” Brown (13-0) and Stephen “Wonderboy” Thompson (6-0) will square off at UFC 145 at Philips Arena in Atlanta on April 21. The UFC confirmed over the weekend that both fighters have verbally agreed to the bout.

Brown and Thompson both fought at UFC 143 on Feb. 4 and both walked away with knockout wins. Thompson, who was making his UFC debut, earned “knockout of the night” for his first round head kick KO of fellow newcomer Dan Stittgen, and Brown took out TUF 13 vet Chris Cope via second round TKO.

Thompson is a Kempo Karate and jujitsu black belt.  He went 57-0 as a kickboxer before making the transition to MMA. He currently studies jiu-jitsu under BJJ world champion Carlos Machado and is an instructor at Pitch Black MMA in Simpsonville, S.C. His father Ray Thompson is his trainer and manager.

Brown is at a completely different point in his career. A loss at UFC 143 would have dropped his record to .500 and very likely could have signaled his departure from the big leagues. With an overall record of 6-5 inside the Octagon “The Immortal One” has not left himself much wiggle room.

Thompson obviously has quite an impressive stand-up game, but going up against a grizzled UFC veteran like Brown should provide a more complete picture of his overall MMA game. UFC 145 is headlined with a light heavyweight title fight between “Suga” Rashad Evans and champion Jon “Bones” Jones.

2 thoughts on “Matt Brown vs. Stephen Thompson booked for UFC 145 in Atlanta”