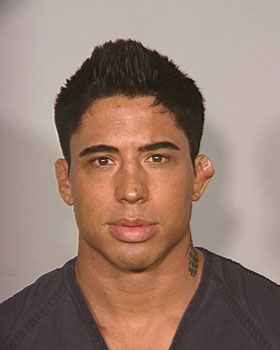 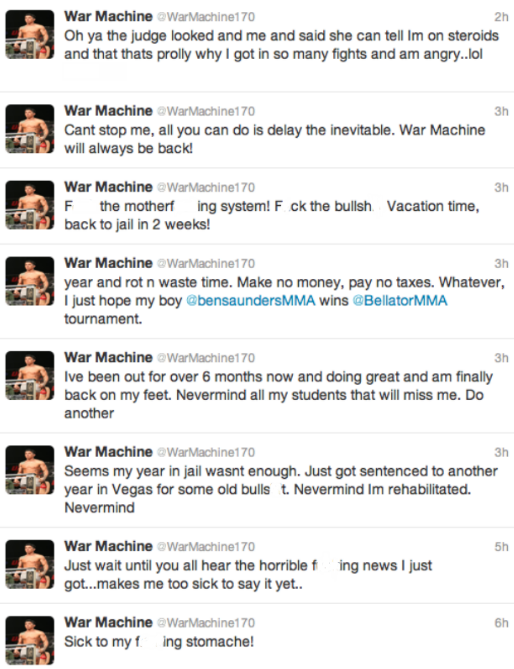 War Machine went to jail for a year in 2010 on felony assault charges. Since his release he returned to MMA competition just once, scoring a third round TKO win over Roger Huerta back in November.

It was announced in December that War Machine had re-signed with Bellator and would compete in their upcoming season six welterweight tournament. However, it looks as though that will not happen now.