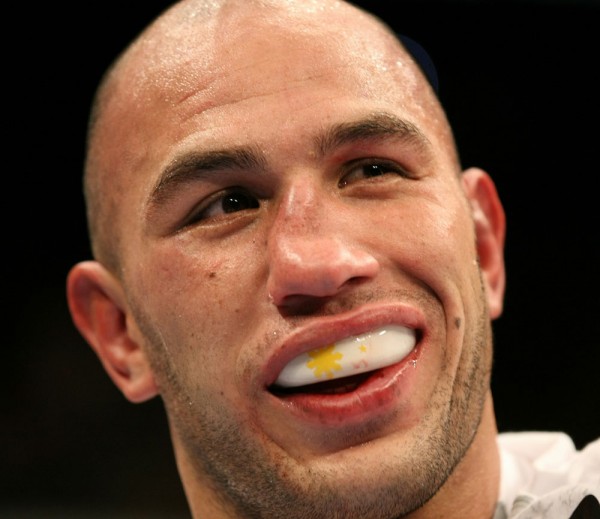 UFC light heavyweight Brandon Vera (12-5, 1NC) asked and now he shall receive as the UFC has granted his request to rematch Thiago Silva (14-2, 1NC) at the upcoming UFC on FX 3 event that will take place on May 15th in Fairfax, Va.

Vera and Silva initially fought back at UFC 125 with Silva winning a dominant unanimous decision, but Silva failed his post fight drug test which caused him to be out of action for over a year. The win was also changed to a no contest. Vera was released from the promotion as that would have been his third consecutive loss, but was re-instated once it became clear that Silva had failed his post fight drug test. Vera fought Eliot Marshall in his next fight, winning a unanimous decision after having his arm injured due to a armbar attempt by Marshall in the final round at UFC 137. He publicly called out Thiago Silva a few weeks ago via his Twitter account, stating that he wanted a rematch with Silva now that his suspension was over. This will be Silva’s first fight since the initial matchup which took place in January 2011.

Also on the card, a middleweight fight between Tom Lawlor and Jason MacDonald has been verbally agreed upon. Tom Lawlor (7-4, 1NC) is coming off a submission loss to highly touted Chris Weidman back at UFC 139. The TUF veteran known for his creative weigh in costumes has lost three of his last four bouts and is in dire need of a win against MacDonald. Jason MacDonald (25-15) is coming off a loss to Alan Belcher which took place in September 2011. The longtime MMA veteran is (1-2) in his latest UFC stint while being finished by both of his opponents in those fights respectively.

Stay tuned to Pro MMA Now as more bouts for this event are announced.

2 thoughts on “Brandon Vera vs. Thiago Silva 2 and Tom Lawlor vs. Jason MacDonald set for UFC on FX 3 in May”