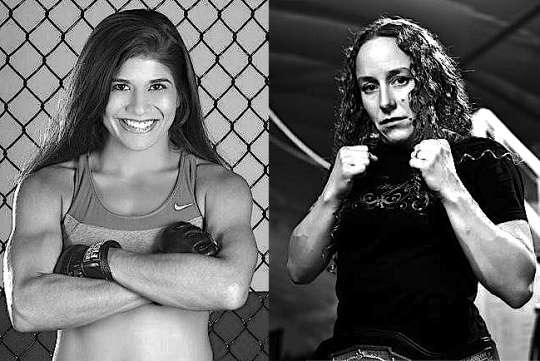 “Little” Patricia Vidonic (5-1), a young lady who has been making waves in the women’s MMA 110 and 115 pound weight divisions, will get the toughest test of her young career (on paper) when she faces veteran Jessica “Jag” Aguilar (12-4) at Howard Davis Jr.’s Fight Time 8 at War Memorial Auditorium in Ft. Lauderdale, Fla., on Feb. 17.

Promoter Howard Davis Jr. told ProMMAnow.com (www.prommanow.com) the two ladies will make Fight Time history as their first female fight since the promotion began in 2010, and as a former boxing coach for Aguilar, he was excited for the match-up.

Vidonic, who lost her pro debut against the much more experienced Valerie Coolbaugh (7-5) via unanimous decision in July 2010, has gone undefeated since then, winning five straight fights, including her last three via submission. She has also picked up a 110 pound title and a “Fight of the Year” award in the process.

Training under the guidance of coach/husband Jason Vidonic out of 4th Ave. Dojo/Alternative Athletics in Billings, Mont., the 32-year-old fighter fought four times in 2011, scoring wins over Angelica Brotherton, Kyane Hampton, Lacey Schuckman, and most recently defeating Chelsea Colarelli (6-4) via second round submission (rear-naked choke) at Blackeye Promotions 5 this past October.

Vidonic commented on facing a veteran of Aguilar’s stature:

“I am grateful to be given the chance to test my skills against one of the best in the biz. I will go in there, fight smart, and put on an exciting show.”

Aguilar is a 29-year-old Mexican-American and American Top Team product who has been fighting professionally since 2006. She made it to the semifinals of Bellator’s season three women’s 115-pound tournament where she lost a controversial split decision to Zoila Frausto, who incidentally, went on to win the tournament to become Bellator’s inaugural women’s 115 pound champion.

Aguilar has won her last three fights in a row. She fought twice in 2011, scoring a split decision victory over Carla Esparza (6-2) at Bellator 46 in June and a unanimous decision win over Lisa Ellis-Ward (14-7) at Bellator 58 in November. She is still under contract with Bellator.

For more information on Fight Time 8, including ticket info, check out their website at www.FightTimePromotions.com or dial their VIP Hotline at 786-543-1177. Fight Time 8 will broadcast via tape delay on Comcast Sports Southeast (CSS) on March 11th.

1 thought on “Jessica Aguilar to face Patricia Vidonic at Fight Time 8 on Feb. 17”