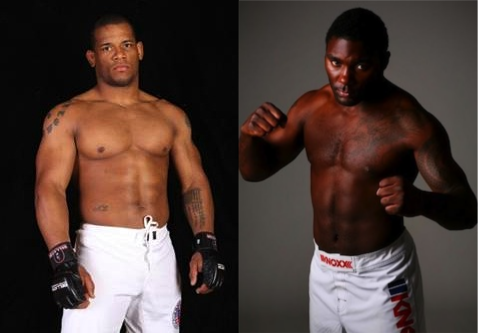 Following the recent cut of Anthony “Rumble” Johnson from the Zuffa-owned Ultimate Fighting Championships (UFC) many have wondered where should Anthony Johnson go next. Often times being cut from the UFC is a death sentence to a fighter’s career and at other times it is a wake up call.

From what I’ve noticed, if you get cut because your performance has been less than lackluster, you actually have an opportunity to return and redeem yourself if you impresively fight outside of the organization like Efrain Escudero did after being cut recently.

However, in instances where you directly impact the bottom line of the company and cost the company money which supersedes the monetary value which you provide the company and damage the integrity of an event, you are most likely NOT going to get back in the UFC as in the case of Nate Marquardt. (And this would and could happen to “Cyborg” too but she is lucky that Ronda Rousey keeps her relevant and the depth of women’s MMA is so shallow that even if you were laying down in it face first you couldn’t asphyxiate yourself.) But I digress.

The world of MMA needs a legitimate alternative outside of a Zuffa owned company and with the new alliances and affiliations that Bellator Fighting Championships has made the only thing they have been lacking was a deeper pool of talent.

For this reason as well as many others I believe Anthony Johnson should go to Bellator and Bellator should PAY Anthony Johnson the type of money that he is worth and he should fight Hector Lombard. But, not right away (remember, it’s an investment).

Hector Lombard vs. Anthony Johnson should be done for these three reasons:

Hector Lombard Needs A Challenge
1. Hector Lombard needs a signifcant challenge and until someone can match his athleticism, skill and size, who is NOT Anderson Silva, it’s gonna be a problem. I am not saying that Hector Lombard will beat Jon Jones, but what I am telling you is that he CAN beat Jon Jones. He may not beat him 10 out of 10 times but he CAN most certainly get with him. Believe me on this.

Anthony Johnson Needs Bellator and Bellator Needs Him
2. Anthony Johnson needs to go to an organization that will continue to allow him to develop and allow him to be the centerpiece of the division. Bellator can build him up opposite of Lombard and then they can meet later. If he loses to Vianna, Brian Rogers or Shlemenko, it doesn’t matter. It just means that the 185 pound divisions in Strikeforce, UFC and Bellator will be the strongest and deepest weight classes in the world. Great! The tournament format of Bellator is great and its fair and the fighters can understand if a matchup is made outside of the tournament format as a “non-title” fight for the good of the organization. It will benefit everyone.

Fans Are Actually Anticipating This Matchup
3. Hector Lombard and Anthony Johnson is a fight that fans are begging for. When’s the last time that fans have been begging for and anticipated a matchup in Bellator? This actually has 500K plus views on Spike written all over it (Spike can start broadcasting Bellator in 2013). If there’s one thing that I really like, it’s options. I believe that there is nothing like providing a fighter with options. As Bellator increases and grows it will be good for MMA as a whole.

Lombard versus Johnson is good for Anthony Johnson. It’s good for Hector Lombard. It’s great for the fans. It’s beneficial for Bellator. And it’s great for the athletes. Because please understand, as Bellator increases, the UFC will be less quick to cut athletes who possess the star power that they have created.

The UFC did NOT like the discussion occurring about if the toughest heavyweights were in Strikeforce. So what did they do? They bought the company and are moving ALL the prominent heavyweights over.

Lombard versus Johnson is right. Mr. Bjorn Rebney…make it happen!