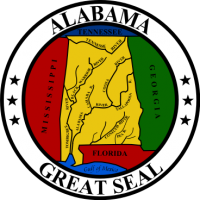 The Alabama State Athletic Commission was formed in 2009 and began sanctioning boxing in 2011, however, mixed martial arts sanctioning in Alabama has taken longer as the commission had to overcome hurdles getting rules passed and put into place.

On Wednesday, Jan. 11, 2012, the mixed martial arts promotion SportFight X became the first to be granted a license in the state of Alabama. Owned by Excalibur Worldwide Promotions, LLC., SportFight X is based out of Alabama and currently operates in multiple Southeastern including Tennessee and Georgia.

“We are very excited to bring professional MMA to Alabama and look forward to showcasing top fighters from around the Southeast in front of our home crowd.”

“Today was a great day for MMA in Alabama and somewhat overdue. We will sit down next week and plan a show using some of our top fighters such as Daniel O’Brien and name the venue and date.”

SportFight X has been home to some of the top talent in professional mixed martial arts, including Bellator Middleweight Tournament Champion Douglas Lima who is coming off a second round knockout of UFC vet Ben Saunders in November.