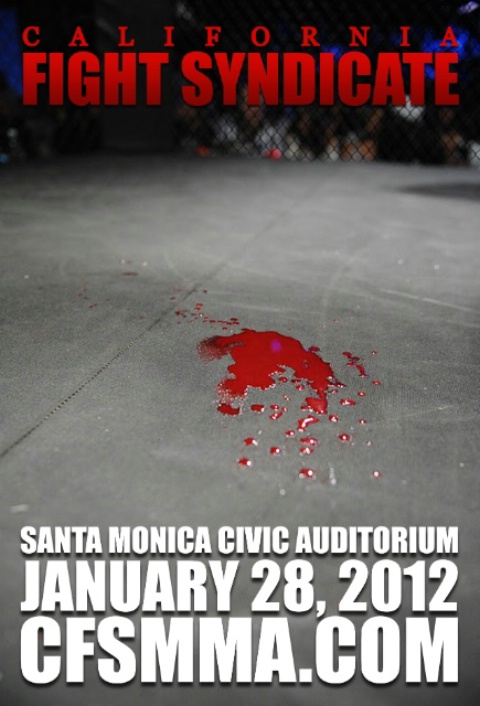 This first Los Angeles fight will feature both professional and amateur bouts and will showcase some of the most exciting and explosive MMA fighters in Southern California.

The “Rivalry” main event features a featherweight (145lbs) bout pitting Jesse Newell (6-1-0) against Aaron Miller (11-7-0). Jesse is fresh off the UFC’s hit television show The Ultimate Fighter 14: Team Bisping VS Team Miller and is looking to finish Aaron and strengthen his reputation as someone who always finishes his fights. Aaron will be looking to breakdown Jesse and grind out a win to continue his two fight win streak.

Our co-main event features Joe “Leonidas” Henle (5-0-1) taking on Hector Carrillo (4-6-0) in a middleweight (185lbs) showdown. Joe was a fan favorite on The Ultimate Fighter 11: Liddell VS Ortiz and is looking to add Hector to his list of victories. Hector, however, has an array of submissions waiting for “Leonidas” as these two collide at 185lbs.

If you’re an MMA fan or Los Angeles native, this is a historic event you cannot afford to miss!’

This event is open to all ages! For tickets, updated fight information and sponsorship opportunities please visit: www.cafightsyndicate.com