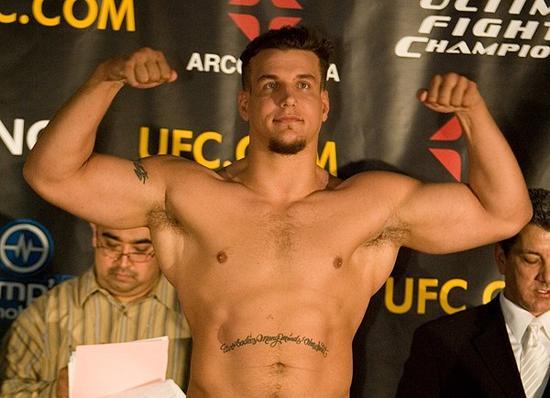 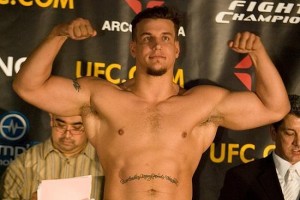 Hosts Darren McFarland and Brad Hopkins, along with Chris Pappas, welcomed UFC heavyweight Frank Mir as a guest on the 1st Quarter radio show on 102.5 FM The Game this past Thursday.

Mir is coming off an awe-inspiring arm-snapping kimura submission win over Antonio Rodrigo “Minotauro” Nogueira at UFC 140 earlier this month. It was one of the most brutal submissions ever witnessed inside the Octagon, so brutal it made the 6-foot 4-inch 280-pound McFarland so squeamish he literally had to turn his head away from watching.

Mir discussed the win and shared his opinion on why he felt Nogueira did not tap. Mir also gave his prediction on Friday’s upcoming UFC 141 heavyweight main event between Brock Lesnar and Alistair Overeem and explained why he feels Lesnar’s wrestling and Overeem’s superhero-esque muscles could play major factors in the fight:

“I just feel his skill set being his wrestling is such a high level and that’s probably the best skill set to have a high level at in the Octagon. I just feel that Overeem, everybody talks about him being a K-1 fighter; I don’t think that Brock’s going to stand there and exchange with him. I think if they stay in a striking match, that’s because Brock chooses to keep it there and I don’t think Brock is going to choose to try to prove a point coming off a loss. I think he’s going to go out there and just basically run Overeem over; he’ll cover up and just crowd him and push him against the cage and then once he gets taken down I can’t see Overeem getting back up. And if he does and Brock is not able to finish him, I just see all his musculature is different than Brock and if they wrestle around for a little while I think Overeem’s muscles will have a very hard time dealing with that and then it’s only going to be more difficult and more difficult for him to strike.”

Mir talked about the Strikeforce heavyweights moving to the UFC and why that is a good thing for the fighters and the fans, and named two UFC heavyweights other than himself he considers the best submission fighters in the division. Keep listening after the Mir interview as the guys continue their discussion of the UFC 141 main event and Big Nog’s future.