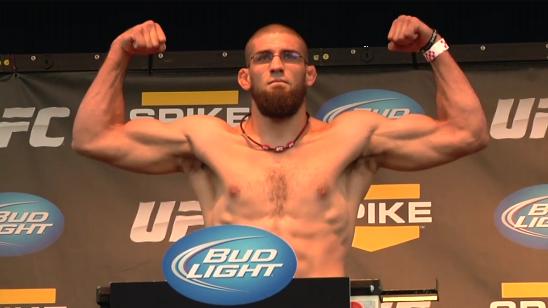 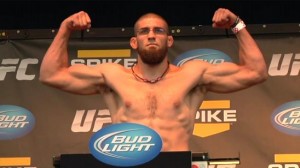 TUF 11 winner Court McGee (13-1 MMA, 3-0 UFC) and Constantinos Philippou (9-2 MMA, 2-1) will clash in a middleweight bout on the UFC on FX 2 fight card which is scheduled to take place at Allphones Arena in Sydney, Australia, on Saturday, March 3.

UFC officials announced the 185 pound match-up Tuesday via their @UFC_Brasil Twitter account. McGee also Tweeted about the fight. “Looks like I get the opportunity to fight Mar 3 in the land down under. Australia here I come!!!!” he said.

Since turning pro in 2007, the 27-year-old McGee still only has one loss on his record, a decision loss to MMA pioneer Jeremy Horn at Ultimate Combat Experience – Round 28 in what was McGee’s sixth fight of 2007.

After winning The Ultimate Fighter season 11 in June of last year with a second round submission of Kris McCray in the Finale, McGee has fought and won two more times inside the Octagon.

In October 2010 McGee scored a third round arm-triangle choke win over Ryan Jensen at UFC 121. He was scheduled to return to action in June of this year but was forced to withdraw with a knee injury. Instead, he returned in September, defeating Dongi Yang via unanimous decision at UFC Fight Night 25.

Thirty-two-year-old Constantinos Philipou is 2-1 inside the UFC Octagon. After going 7-1 as a pro fighting in the Ring of Combat promotion in New Jersey, he made his UFC debut in March of this year, dropping a unanimous decision to Nick Catone at UFC 128.

He bounced back with a split decision win over Jorge Rivera at UFC 133 in August, then a first round knockout win over Jared Hamman at UFC 140 earlier this month.

The UFC on FX 2 card is headlined with a welterweight match-up between Thiago Alves and Martin Kampmann, and will also feature the debut of the UFC’s new flyweight division with the semifinal round of a four-man tournament to crown the inaugural UFC 125 pound champion.