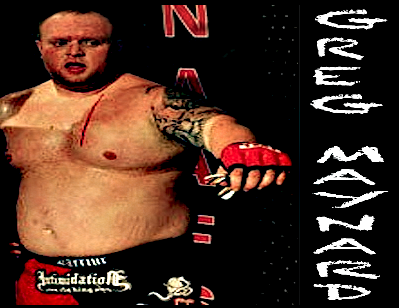 Greg Maynard has fought in several states and fought some of the best in the professional heavyweight ranks, but has never fought in his home state of West Virginia. That will change on Jan. 7, 2012, when he gets to compete in his hometown of Williamson, W.V.

Valley Fight League will make MMA history with the first sanctioned mixed martial arts event in the state of West Virginia. “VFL 34: The Beginning” will take place at the Williamson Field House with an all-pro card  featuring several of the area’s best fighters. Greg will square off against Roger Minton in the heavyweight division. I got to speak with Greg during his preparation for the fight.

You are making your return to the cage right in your hometown on a historical event for the state of West Virginia. How much does this mean to you as a fighter and as a hometown guy?

“It really means a lot to me, I’ve been fighting MMA since 2005 and I have always wanted to be able to fight in my hometown.  I finally get to accomplish another one of my goals in this sport, it feels good .”

With this event being at your back door do you feel any pressure or feel nervous going in?

“I’m not nervous at all. I feel some pressure from myself just wanting to be able to perform the way I know I can. I  want to give all my family and friends a show. You never know if you’ll get to fight at home like this again so I just want everybody to enjoy it !”

You’ve been out of action for a little while but your back in training camp, how are you progressing and how does it feel?

“It has been awhile but its great to be back and training for a fight. When you’ve been out for a while it really sucks getting back into the groove but everyday I feel a little better and a little stronger. By fight time, I will be ready! “

In your absence you’ve played a couple roles such as referee and matchmaker. What is your motivation to stay involved with MMA?

“It’s the sport I love and want to be a part of no matter what the role is. Obviously I want to fight but sometimes you have setbacks or injuries. So I decided to help out a friend in Brandon Newsome with promoting. I also have reffed a few shows here and there. It’s  fun to ref but nothing like actually fighting.” 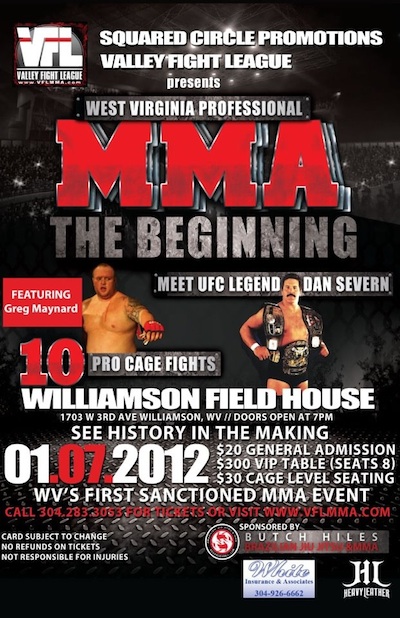 Roger Minton is your opponent for VFL – 34, what are your thoughts and him and how this fight will go?

“I don’t know a whole lot about my opponent other than he is from Denver, Colorado and is 6’3” 230-240 pounds and from what I hear likes to stand up. I hope that’s what he wants to do, because like I’ve said in the past, I don’t care to stand in the middle of the cage and trade punches with anybody in the sport.”

How do you see your career moving forward after this fight?

“I really don’t know or care about the future, I just want to put on a show now. I know most people say they want to fight in Stikeforce or the  UFC. That would be a nice accomplishment but as long as people wanna see me fight somewhere I’m happy with that too.”

You’ve fought  current UFC fighter Stipe Miocic and Bellator Heavyweight Ron Sparks, which of the 2 would you like to have another shot at?

“They are both really good fighters and just to be able to say that I fought both of those two guys is an accomplishment that a lot of fighters won’t ever see. Stipe will be a force in the UFC for a long time and Sparks will be in Bellator. As far as which one I would like to fight again, either one really. You always want a shot to reverse that loss on your record.”