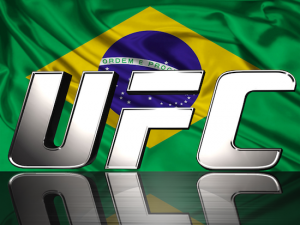 The UFC will be returning to Brazil shortly with UFC 142, but the card is already going through changes due to injuries suffered by fighters. We reported last week that former UFC heavyweight contender Gabriel Gonzaga would be returning to fight on the card, but the UFC website has announced more changes for the event.

Ricardo Funch will replace Paulo Thiago to face Mike Pyle in a welterweight fight, and WEC veteran Carlo Prater will face Erick Silva in a welterweight bout as Siyar Bahadurzada has been forced from the card due to injuries. Also, Stanislav Nedkov was scheduled to face Fabio Maladonado in a light heavyweight fight but he has also been pulled from the event. An opponent is expected to be named for Maldonado shortly with rumors mentioning newcomer Caio Magalhaes but nothing has been announced by the UFC at this time.

Funch(8-2) is a Brazilian who made his UFC debut back in 2009 as an undefeated fighter, but was cut from the promotion after back to back losses. He has fought once since then, winning a fight earlier this month via unanimous decision. Pyle (21-8-1) is coming off a one sided beatdown at the hands of young phenom Rory MacDonald back at UFC 133. Pyle had won three consecutive fights up to that point and will be looking to get back on the winning side of things.

Prater (29-10-1) will be making his UFC debut after nearly a decade in the game. The submission specialist has won his last four fights all via submission. Silva (13-1, 1NC) made his UFC debut at UFC 134 which took place in his native home of Brazil and he sent the crowd into a frenzy with a 40 second TKO victory over Luis Ramos.

UFC 142 will be headlined by a UFC featherweight title fight in which Jose Aldo will defend his belt against Chad Mendes.