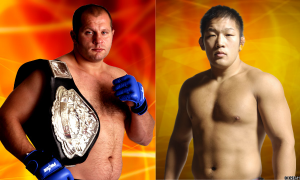 On Dec. 31 Fedor Emelianenko will return to his tradition of fighting on New Year’s eve in Japan for the first time in four years. “The Last Emperor” will face Japanese Olympic judo gold medalist Satoshii Ishii at Dream “Genki Desu Ka! New Year! 2011” at the Saitama Super Arena in Saitama, Japan.

The event will also include the semifinal and final rounds of the Dream bantamweight grand prix featuring Antonio Banuelos, Masakazu Imanari, Bibiano Fernandes and Rodolfo Marques.

Here is a promotional video for Fedor vs. Ishii: