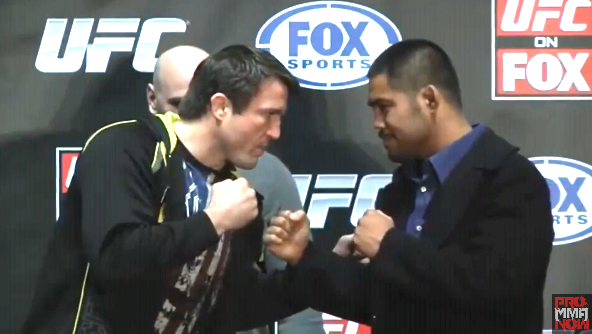 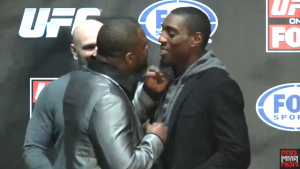 The UFC held a special press conference Wednesday at the United Center in Chicago, Ill., to officially announce their return to FOX television on Saturday, January 28, 2012. Participating in the press conference were the six fighters who will compete on the FOX-televised portion of the card, along with UFC President Dana White.

UFC on FOX 2 headliners, light heavyweight contenders Rashad Evans and Phil Davis, were present, along with Evans’ son, who joined him at the podium and even spoke in the microphone a few times. Middleweight contenders and co-headliners Chael Sonnen and Mark Munoz answered questions and spoke about their match-up. And last but not least, Michael Bisping and Demian Maia were there to talk about their newly-announced middleweight addition to the card.

NOTE: All of the UFC’s LIVE press conference and weigh-in streams can be seen in ProMMAnow.com’s (www.prommanow.com) UFC Room. Archived video replays of the streams are generally made available for on-demand viewing shortly following each event.