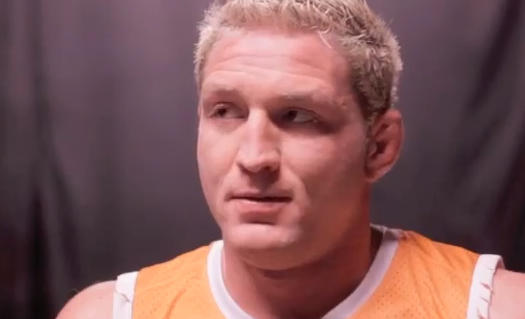 One of the main talking points that came out of the TUF 14 Finale was the great fights put on by the contestants that lived in the house during the season. The other big talking point was the  about TUF coach Jason “Mayhem” Miller, and whether or not the UFC would bring him back after such a horrid performance in his loss to Michael Bisping. UFC President Dana White was non-committal when asked if we would see Miller in the UFC again, but it was clear he was not a fan of his performance since Miller gasses after about six minutes into the fight.

I still believe Miller deserves another fight in the UFC.

There’s no excuse for a fighter that has been in the game as long as Miller to perform the way he performed on Saturday night. I don’t know if he  didn’t train properly during the fight, was injured, or just had an adrenaline dump as Joe Rogan likes to say. The fact of the matter is he performed poorly, but it’s not like it was an ideal situation for Miller to excel. Despite the hate that Bisping receives from the majority of fans, he is still a fighter that does a lot of things well and is rightfully a top ten middleweight. He’s fought some good competition in his career and has only gotten dominated once out of his three career losses.

So not only is Bisping tough and valid opponent, but there are some other factors that need to be considered when deciding if Miller should get another fight in the UFC. Let’s take a look at  a few:

I’m not making excuses for Miller, but there’s a reason why he opened up as a huge underdog to Michael Bisping when the fight odds first became available. I think a lot of people began to think with their emotions and hate for Bisping instead of how the two matched up stylistically which closed the betting gap once fight time came about. Miller was facing a tough opponent after a lengthy layoff that stylistically wasn’t a good fight for him. However, Miller fights in a shallow division, has some name recognition, and just helped the TUF series get some of their best ratings in some time.

Give the man another fight against someone like up and comer Chris Weidman, and if his performance isn’t up to par then you can give him those walking papers.