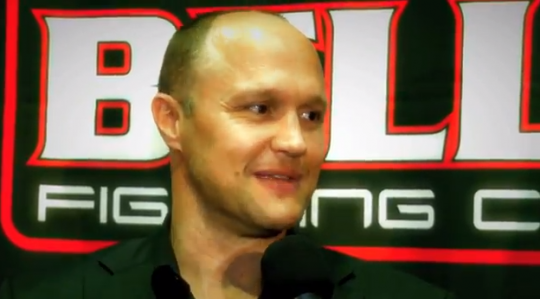 Following a highly successful fifth season that saw 25-year-old undefeated Michael Chandler capture the Bellator lightweight championship by stopping Eddie Alvarez in the fourth round via submission, and Eduardo Dantas, Douglas Lima and Alexander Shlemenko all earning tournament championships, Bellator will kick off their sixth season on Friday, March 2, from a soon to be announced location.

In a move that shows the promotion is willing to adapt with the landscape of the sport, Bellator will be moving their weekly LIVE show to Friday nights on MTV2 and EPIX.

It is absolutely the best move they could make considering the UFC traditionally holds their events on Saturday nights, and it is never a good idea to go head-to-head with the world’s premiere mixed martial arts organization, especially when it is completely avoidable.

“Our focus was to find the right night, where the largest number of MMA fans could enjoy the show. We’ve been discussing this move with our partners at Viacom for months. When we looked at the alternatives, we agreed that Fridays provided a great night for us to reach MMA fans with our live, real sport, tournament events every week.”

Bellator’s season six will include tournaments in five different weight divisions: featherweight, lightweight, welterweight, middleweight and one more weight class which will be announced shortly.