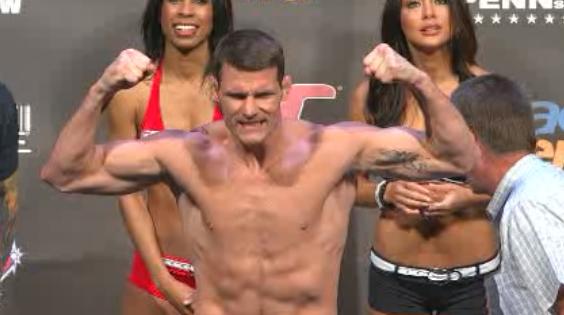 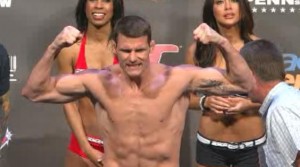 LAS VEGAS – The fighter weigh-ins for “The Ultimate Fighter Finale: Team Bisping vs. Team Miller” tookplace this evening at the Key West Ballroom at the Palms Casino Resort in Las Vegas.

All fighters made weight except for headliner Michael “The Count” Bisping, who came in at 186.25 pounds, 1/4 pound over the middleweight non-title fight limit of 186 pounds.

Fight fans can also watch an on-demand replay of the proceedings later this evening in our UFC Room.

The TUF 14 Finale weigh-in results are as follows:

*Bisping came in a 1/4 pound over the middleweight non-title fight limit of 186 pounds. He has two hours to drop the additional weight.