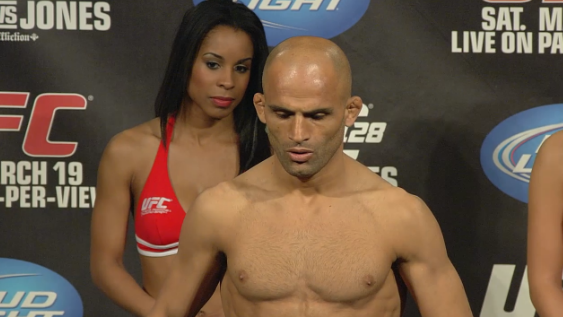 The UFC on FX event is set for January 28th in Nashville, Tennessee, and is quickly taking shape with another fight being added to the card. The UFC announced a lightweight bout between WEC veteran Kamal Shalorus and newcomer Khabib Nurmagomedov to take place.

Shalorus(7-1-1) is a WEC veteran who made the transition to the UFC with the WEC/UFC merger. He made his UFC debut in March earlier this year, getting battered by highly ranked lightweight Jim Miller and losing via TKO in the third round. Shalorus has wrestled internationally, wrestling for Great Britain in the Olympic qualifiers. However, he prefers to strike while often throwing wild punches while being able to absorb a great deal of punishment.

Khabib Nurmagomedov(16-0) is a rising Russian prospect who will be making his UFC debut. This will be Numagomedov’s first fight in the United States. He has a background in sambo and is a three time world champion. He has finished an equal number of opponents with six victories vis TKO/KO and six via submission.

The UFC on FX card thus far is listed below: