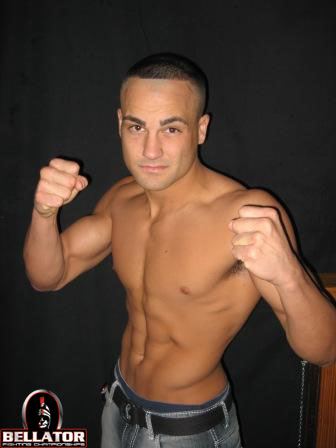 I wrote a piece back in April after the now former Bellator lightweight champion Eddie Alvarez had defended his title with a decision win against Pat Curran. I asked the question:

Can Eddie Alvarez afford to stay with Bellator?

Mind you, this was long before Bellator was purchased by Viacom, but everything else remains the same.

I wrote back then in response to Alvarez stating that he wanted to make himself indispensable before negotiating with someone like the UFC:

It’s pretty savvy of him to align himself in his current situation. The question is, can he get to the point where he can have the leverage he wants with the UFC? I don’t see how he can make himself indispensable when he has all of the above factors going against him. How can he make a name for himself when the Bellator viewer ratings are poor and he’s not beating the top guys?

Well, not only did Alvarez lose, he was finished by Michael Chandler who was fighting in his ninth career fight. It was a great fight. Alvarez was certainly competitive and had his moments of greatness in the fight, but ultimately he still lost. Now, let’s get this clear in that I believe that Michael Chandler is the real deal and said as much after his win over Patricky “Pitbull” Freire. His skill set is evident. Yet, this loss is much different than say if Alvarez had lost to a Gray Maynard who is an established top tier lightweight.

In Bellator’s tournament format there are no immediate rematches unless Bjorn Rebney deviates from the formula in favor of Alvarez, but that probably wouldn’t sit well with other fighters. Alvarez is currently in his prime physically, so he should  get back on the horse and earn a rematch with Chandler provided that Chandler retains the title in the future.

However, the stock of Alvarez definitely takes a hit with this loss and it’ll be interesting to see how he rebounds. Where do you think he goes from here?

3 thoughts on “Bellator 58 fallout: Where does Eddie Alvarez go after upset loss to Michael Chandler?”