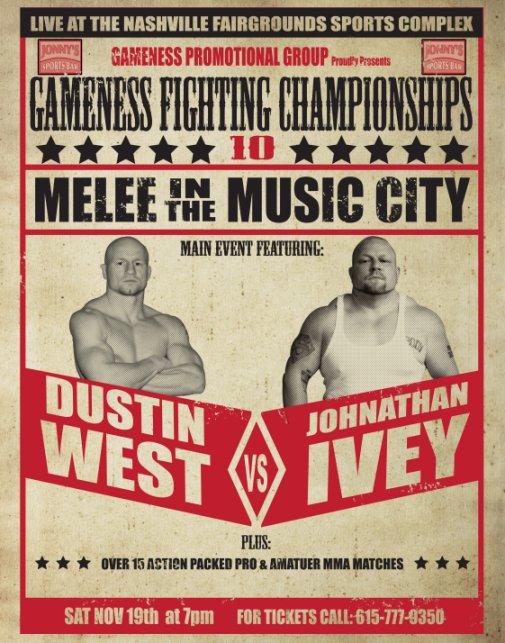 West scored a highlight reel KO in his last Strikeforce appearance in just 9 seconds, while Ivey has fought just about everybody at Heavyweight including Dan Severn, Ken Shamrock, and Jeremy Horn over his storied career that started back in 1998.

The action starts at 7:00 p.m. CT at the Tennessee State Fairgrounds Sports Arena. The last event sold out, so get your tickets now online at www.gamenessfightingchampionships.com or by calling 615-777-9350.