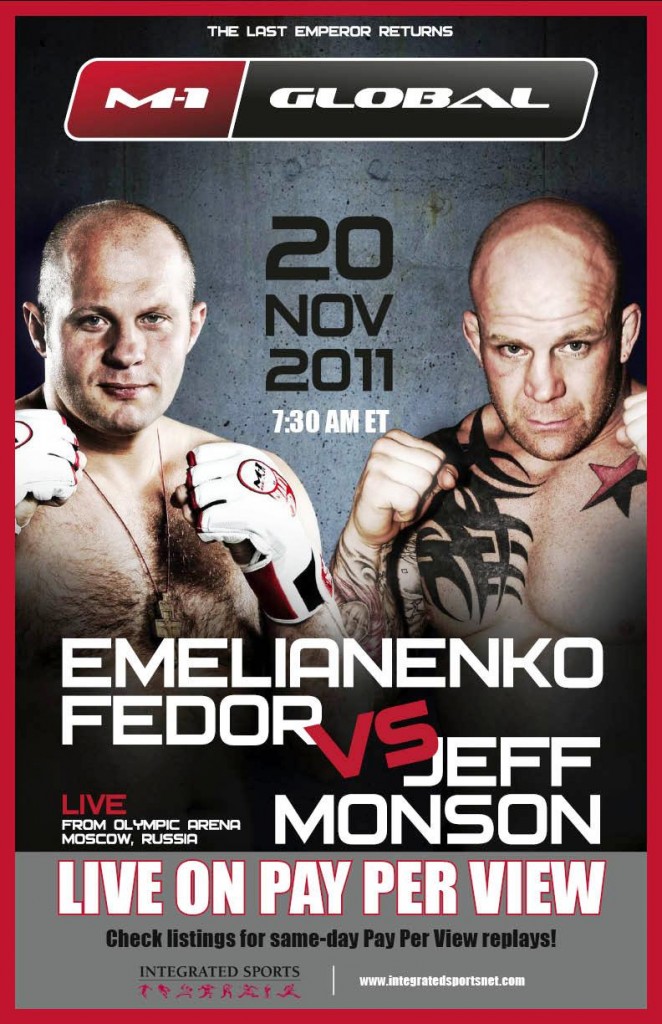 MOSCOW — After three straight stoppage losses, the former no. 1 heavyweight in the world, Fedor Emelianenko (32-4, 1 NC) will return to action this Sunday, Nov. 20, as he takes on Abu Dhabi champion Jeff “The Snowman” Monson (43-12) at “M-1 Global: Fedor vs. Monson” at Olympic Arena in Moscow, Russia.

Fedor, who is fighting at home in Russsia for the first time in four years, commented on the match-up:

“I’m really happy to be fighting in Russia because most of my fights have been overseas. The only time I’ve fought in Russia was four years ago in St. Petersburg. I feel good and I’m looking forward to this fight. This is my job. I always try to win each fight. I’m not fighting to prove anything to anyone. I fight; that’s what I do. What happened – happened. I felt I could win each of those fights but something went wrong. Anything can happen and I prepare for each fight very seriously. This fight (versus Monson) has been talked about since my PRIDE days. I am familiar with his career. I think Jeff is a very respected and tough opponent. I am looking forward to fighting him. Each fighter is different in his own way. I have had to fight various great guys. Jeff and I will offer an entertaining fight.”