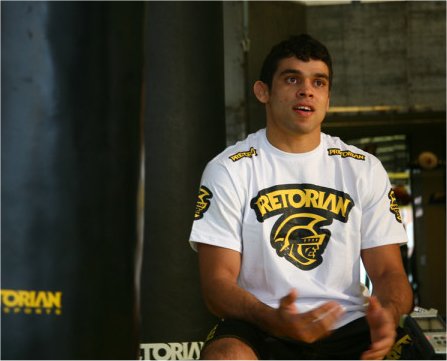 BIRMINGHAM, England – Fight-Night bonuses in the amount of $70,000 were awarded to Che Mills, Terry Etim, Renan Barao and Brad Pickett at UFC 138.

All of the “wooooo’s” in the world couldn’t save Chris Cope from Che Mills. Mills landed straight, crisp punches from the bell, but it was a knee from the clinch that dropped Cope early in the bout. Cope desperately tried to survive, scrambling to his feet, but Mills delivered another crunching knee that floored Cope. Three more right hands followed before the referee could intervene and stop the fight just 40 seconds in. The impressive TKO earned Mills “Knockout of the Night” honors.

Terry Etim kicked off the televised card with a bang, connecting with crisp counter-strikes as the aggressive Edward Faaloloto came forward. Faaloloto then dropped for a takedown but gave up his neck in the process, and that was all Etim needed to lock up an arm-in guillotine, finishing the fight in a mere 17 seconds. The quick submission earned Etim the “Submission of the Night” award.

In the event’s co-main event, Renan Barao and Brad Pickett got off to a quick start, engaging in a slugfest that saw both guys land big punches in multiple exchanges. Later in the round, Barao leaned in and connected with a knee that staggered Pickett. Barao followed up with an onslaught of punches sending Pickett to the mat. He continued to land a barrage of strikes from the top forcing Pickett to roll, giving Barao an opening to take his back. Once there, the rear naked choke was applied and Pickett was forced to tap. The exciting bout was awarded the “Fight of the Night” award.