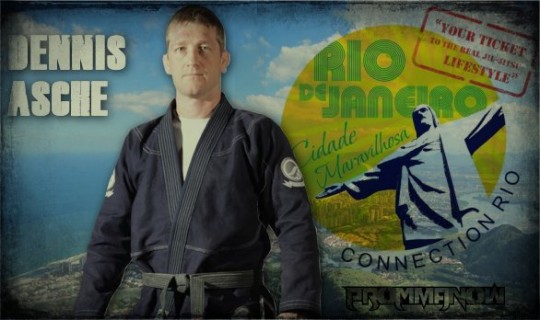 Jungle Fight 33 took place in the infamous City of God and was a spectacular event in an arena packed with a great crowd. The City of God was very receptive and enthusiastic about the event, no doubt in conjunction with Celco Athayde and MV Bill‘s sign of approval.

Wallid Ismail and Bebeo Duarte put on one of the best events to date, once again proving the strength of Jungle Fight in Brazil’s MMA scene. This edition once again proved why Jungle is the number one MMA event in Latin America.

This coming season of Real Rio Show (www.realrioshow.com) will feature Jungle Fight 33 in one of its first episodes. In the mean time watch Wallid on camera in an exclusive, as he tears into U.S. Boxing promoters (interview by Hywel Teague).

Carrying on the subject of explosions in Rio de Janeiro from last week’s blog, one of the public’s concerns while walking the streets here are exploding manholes (good to know if you are on the streets of Rio).

During the past several years the power company has been working to fix the problem of exploding manholes in Rio de Janeiro. The first time this was brought to my attention was in June of 2010 when an American couple was severely burned by an exploding manhole in Copacabana. Power company RioLuz (“Light”) had no idea why or how the explosion was caused.

Since then there have been a number of explosions that have injured innocent pedestrians. There have apparently been 42 similar explosions since 1997, with no fines being issued to the power company!

I am not sure where the money is going from my monthly light bills (that cost more than twice the price of electricity in North America) but I am certain that it is not going into proper channels, instead, it seems to be lining some fat pockets. If you see a manhole cover with “Light” or “RioLuz” on it, avoid standing on it!

Brazilian Summer is around the corner

The 2011/2012 Brazilian Summer is almost here! New Years and Carnival bring with them a seemingly never ending flow of foreigners here, all looking to enjoy one of the most famed places to celebrate and lighten spirits during this time of year.

Anyone traveling to Rio should be making their reservations and planning their trip itinerary now. When Summer is here in Rio de Janeiro finding accommodation at a reasonable rate is a challenge.

New on the world jiu-jitsu scene is Jiu-Jitsu Style magazine, with quality content and crisp photos that bring pages to life. In the fourth edition the publication featured a special article on innovator of the half guard, Roberto “Gordo” Correa.

To date, the former world champion Roberto Gordo has spent little time in the media as he has chosen to remain in Brazil to teach current and future world champions.

The magazine brings readers into Gordo Jiu-jitsu Academy and the life of Roberto Correa. Also featured in this issue are a number of high profile athletes and professors in the Art Suave, including famed Ricardo De La Riva. See for yourself!

After I’ve been pointing out some of the city’s least attractive points some may wonder; why go to Rio de Janeiro?

As the cool breeze lifts your spirits on a warm summer day looking down on the city from Pedra da Gavea’s 360 degree panoramic view any objections to the city soon drift away.

Walking along Pepe Beach watching the waves roll over the warm sand will relax your mind. A swim will bring back the focus, before laying down to watch the albatross fly through the clear blue sky above.

Then you remember Rio really is a paradise and to be here is a dream come true for many, including myself. As any large city there are certain things to watch out for and places to avoid, but with a little common sense there are endless good times to be had. Is it really that good in Rio?

Don’t take my word for it, see for yourself! Take a look at the weather here on Connection Rio’s latest vlog:

Until next week, Live your Dreams!

Dennis Asche is ProMMAnow.com‘s direct connection to Rio de Janeiro, Brazil. As an American living in the birthplace of modern MMA, and as a BJJ black belt training and teaching in Rio, Dennis has his hand on the pulse of the MMA and BJJ scene in Brazil. Tune in each week as Dennis keeps us informed through his Connection Rio blog. Follow Dennis on Twitter @ConnectionRio.