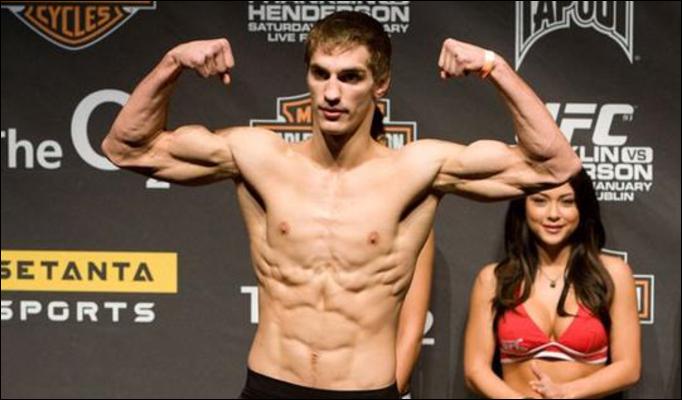 England has lost two of their own on the upcoming “UFC 138: Leben vs. Munoz” card scheduled for Nov. 5 at LG Arena in Birmingham.

An injury has forced 24-year-old rising welterweight John “The Hitman” Hathaway (15-1) to withdraw from his bout against Matt “The Immortal” Brown, and London strongman, Oli Thompson (9-2), who was set to make his UFC debut against Phil De Fries at heavyweight, has also had to pull out due to injury.

The Ultimate Fighting Championship announced the card changes on their website (www.ufc.com) on Monday.

Brown (12-10) will now face “The Polish Pistola” Seth Baczynski (14-6), but that bout will take place two weeks later at UFC 139 on Nov. 9 in San Jose, Calif. After three straight losses, Brown likely saved his job with the UFC by defeating John Howard via unanimous decision back in June.

As for De Fries (7-0, 1 NC), he will remain on the UFC 138 card and will now face 28-year-old Wolfslair heavyweight Rob Broughton (15-6-1). A Sunderland native, De Fries remains unbeaten in his pro MMA career with seven wins all by way of submission, six of which he ended in the first round.