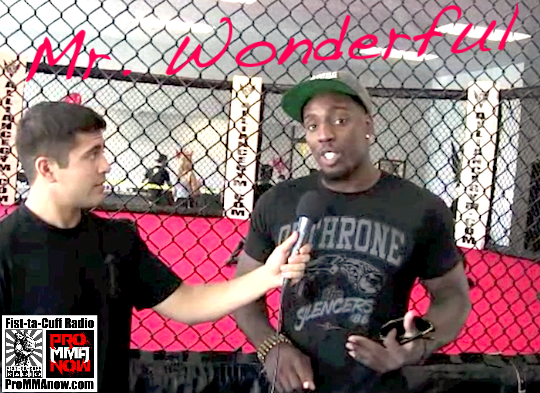 Isaac Guzman,reporting on location at Alliance Training Center for Fist-ta-Cuff Radio and ProMMAnow.com, recently caught up with UFC light heavyweight Phil Davis who has been recovering from a knee injury that forced him to withdraw from a UFC 133 bout with Rashad Evans back in July.

Davis talks about the significance of the UFC-FOX partnership and he addresses what was a potential bout with Lyoto Machida. He also talks about how his recovery is coming along, the growth of the Alliance Training Center team, his love of coaching and his desire to coach fighters in the future.

Davis also discusses Penn State wrestling and the dream team they had this year. Davis was a four-time Division I All-American while at Penn State and says he is just mad he was not there to be part of their great team this year.