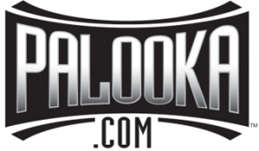 Ridgewood, New Jersey (USA): Team Palooka is proud to announce that Chuck Zito, a member of the Martial Arts Hall of Fame and a longtime MMA fan, will be appearing and signing autographs at the “Joe Palooka” booth (#349) this Saturday at noon at the New York Comic-Con. An actor, writer, director, stunt man, radio show host, and all around combat sports enthusiast, Zito is well-known for his longtime support for the UFC.

In addition to appearing at the booth in support of Team Palooka, Zito is also going to be featured in a future issue of “Joe Palooka’s” sister series, “Legion of Combat.” Zito and his friends will intercede to prevent nefarious villains from interfering with a Legion of Combat match on New Jersey’s Ellis Island, located next to the Statue of Liberty in New York Harbor.

The 58 year-old Zito is quite a character. An Italian-American, the tough guy has been a bodyguard for many stars. He’s guarded Sean Penn, Mickey Rourke, Eric Roberts, Charles Bronson, Sylvester Stallone, Charlie Sheen, and Jean-Claude Van Damme, amongst others. Zito also ran a Hells Angels chapter at one point, and spent time as an amateur boxer and trainer. In addition, he starred in HBO’s celebrated series “Oz,” and now hosts “Chuck Zito’s View” on Howard Stern’s Sirius Satellite Radio.

“We’re going to have an awesome time at the New York Comic-Con,” says “Joe Palooka” creator Joe Antonacci. “To have guys like Mike Massenzio and Chuck Zito representing Team Palooka at our booth…it’s an honor. They both embody the toughness and character that Joe Palooka is all about.”

UFC Star Mike Massenzio, after scoring a HUGE win in Saturdays UFC 136 PPV, will appear in the booth Thursday from 4-7 pm for a meet-and-greet and will sign autographs Sunday 1-3 pm

The Fuel Fight Gear Supermodels will be in the booth Friday and Saturday from noon-3 pm to meet fans, take photos, and hand out promotional materials