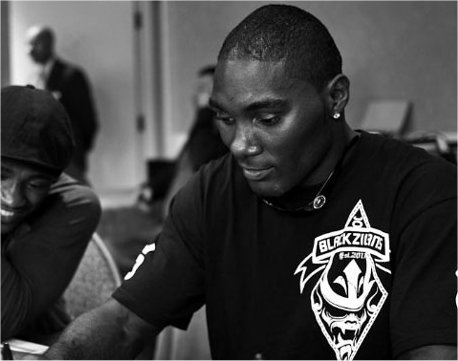 WASHINGTON, D.C. – Fight-Night bonuses in the amount of $65,000 were awarded to Anthony Johnson, Stefan Struve, Matt Wiman, and Mac Danzig at tonight’s UFC on Versus 6 event.

Anthony Johnson earned his “Knockout of the Night” award after punctuating a short, but dominating beat down of Charlie Brenneman with a head kick that planted “The Spaniard” on the canvas. Brenneman tried desperately from the bell to get Johnson to the mat, but every time he grabbed a leg, he ended up under the sprawled out Johnson, eating vicious strikes from the top. His last scramble to his feet resulted in the devastating head kick that ended the fight. As he went to the ground, the referee immediately intervened, waving an end to the fight, but it may have been a bit mature. Brenneman actually landed on his back with his elbows planted, his head up, and clearly looked like he was ok — at least for the time being. Without a crystal ball, who could really say what would have happened had the fight continued, but if the prior moments of the fight were any evidence, a restart of the bout may have eventually ended with Brenneman taking additional damage.

Stefan Struve picked up his “Submission of the Night” award with a second round triangle choke of Pat Barry. Barry stayed patient in the first round, picking and choosing his spots to punish the legs of Struve with big kicks. Struve landed some of his own, but in the second round, he capitalized on an opportunity to take the fight to the ground, effectively neutralizing the striking of Barry. After a guillotine attempt and an ensuing scramble, Struve locked up a very tight triangle that had Barry in deep trouble. Barry used his power and strength for an amazing “Rampage-esque” power bomb, but the slam only tightened the submission. Struve maintained control, extended the trapped arm and got the tap.

Matt Wiman and Mac Danzig engaged in a brutal war of attrition in their rematch. Wiman in true “Handsome” fashion, pushed the pace throughout, but Danzig was prepared for the all out blitz. Wiman is known to have the better of stand up, and effectively employed repeated elbows that did accumulated damage to Danzig over the span of the bout, but Danzig was just as effective on the feet, firing short uppercuts up the middle, and displaying an improved boxing game. When the fight was on the ground, it was just exciting, as both guys had their moments on top. The transitions and scrambles on the ground capped off an all around great fight worthy of “Fight of the Night” honors.