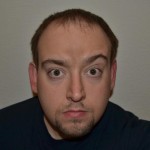 LAS VEGAS  — The weigh-ins for Strikeforce Challengers 19 took place inside of The Palms Casino in Las Vegas on Thursday. ProMMAnow.com’s Joe Gugelman (www.prommanow.com) was LIVE on the scene to record the weigh-in results and shoot photos of those involved.

All but one of the fighters scheduled to do battle live on Showtime Friday night made weight, with the one exception being King of the Cage Welterweight champion Quinn Mulhern. His bout with Danny Davis, which was added only a few days ago, will now be contested at a catchweight of 176.5 lbs.

The remaining fighters on the card came in at or under the one grace pound allowed by the Nevada State Athletic Commission for non-title bouts. Main event fighter Nick Rossborough, a late replacement for the injured Virgil Zwicker, did need to strip down to his birthday suit in order to lose the final 1/2 pound required to reach the 206 pound limit. His opponent, the rising Lorenz Larkin also weighed in at an even 206 lbs.

Strikeforce Challengers 19 marks the second appearance of the series in their new home, The Pearl at the Palms here in Las Vegas. The main card will be broadcast LIVE on Showtime tonight starting at 11 p.m. ET (8 p.m. PT).

ProMMANow.com (www.prommanow.com) will be cage side tonight as we bring you LIVE play-by-play commentary and quick results of all the action. We will also have a complete photo gallery of the fights so be sure to stay close to the source.

The official weigh-in results for Strikeforce Challengers 19 are:

[All photos by Kristyn Adamakis for ProMMAnow.com]

Hover over photo to see name of fighter(s). Click photo to enlarge.

[All photos by Kristyn Adamakis for ProMMAnow.com]

Joe Gugelman (@prommanow_joe) currently resides in Las Vegas, NV. When he's not obsessively watching every MMA fight he can get his hands on, he also enjoys playing poker, watching movies, and spending time with family. He moved from Fort Wayne, IN to Las Vegas in 2008, and is currently employed in a large, off-strip card room as a poker dealer.