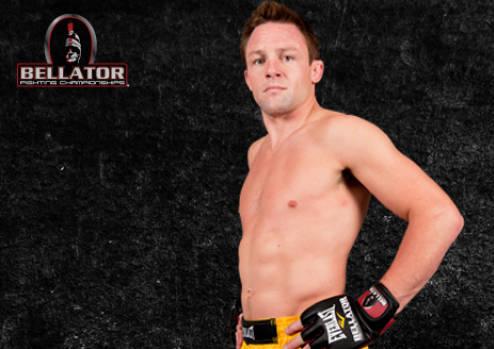 Bellator 51 marks the beginning on the second bantamweight tournament. Last year, Zach Makovsky won three-straight fights to capture the title. Now, eight new fighters including featherweight champion Joe Warren, will vie for a chance to take down the champion. The main card airs live on MTV2 and EPIX at 9 p.m. ET.

Joe Warren vs. Alexis Vila
A lot of people seem to think that size will play a big roll in this fight because Vila usually fights at flyweight. That does not even tell the whole story. The Cuban won his wrestling medals at 48 kg, which is about 106 pounds. Also, Warren will be by far the best fighter that Vila has faced. Look for Warren to press forward and work for takedowns. Even if he can’t finish the takedowns, judges seem to love his style.
Pick = Joe Warren
Film Study: Alexis Vila vs. Lewis Mackenzie (MFA New Generation 4)

Wilson Reis vs. Eduardo Dantas
Dantas showed he could hang at bantamweight when he took top-ten ranked Maskatsu Ueda the distance in 2009. Since then, he has continued to develop his striking game and his submission off his back. However, takedown defense remains his biggest weakness. Even if Reis is able to get takedowns, Dantas is the type of fighter who keeps throwing short punches and such from his back. On the feet, Dantas should have a reach advantage and land the better strikes. Look for a tough fight that will ultimately go the distance.
Pick = Eduardo Dantas
Film Study: Eduardo Dantas vs. Masakatsu Ueda (Shooto Revolutionary Exchanges 1)

Chase Beebe vs. Marcos Galvao
Beebe and Galvao are very similar fighters. Both of them are good top-position grapplers who do not handle getting hit in the face very well. Beebe should have the advantage because he is the better wrestler. However, in his last fight, Galvao showed that he can deal with good wrestlers.
Pick = Chase Beebe
Film Study: Chase Beebe vs. Steve Kinnison (Chicago Cagefighting Championship)

Ed West vs. Luis Nogueira
West makes most of his money as a grappler. He should not really have that luxury against Nogueira. It is true that the Brazilian’s only career defeat came via submission, but since then he has grown in a big way on the floor. With that being said, he does not posses the best finishing ability, so if West hangs around he might be able to catch a submission late in the fight.
Pick = Luis Nogueira