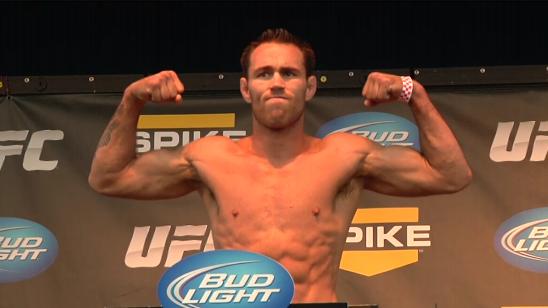 With his loss to Jake Ellenberger this past weekend, UFC welterweight Jake Shields has suffered consecutive losses for the first time in his lengthy MMA career which started in 1999. Prior to the bout with Ellenberger, Shields went the distance with Georges St. Pierre and lost unanimously via judges decision. Prior to those two losses, Shields had gone on an amazing run of 5 years without a loss while competing as both a welterweight and a middleweight.

Where does Jake Shields go from here? Let’s take a look at some of the things Shields has going against him:

Shields fought some good welterweight opponents during his 5 year undefeated run, but none of those guys were considered top level welterweights. The book on Shields has been that if you can stop him from taking you down, you have a good shot at beating him as evident by the victories by Georges St. Pierre and Jake Ellenberger. The problem that Shields faces is that the top guys in the UFC welterweight division all excel in wrestling and arguably have better standup than him. Could he beat the likes of Jon Fitch, Josh Koscheck, or Rick Story? Could he beat heavy hitters like Thiago Alves and Anthony Johnson? I’m not saying he couldn’t beat those guys, but he would definitely have his work cut out for him.

The last two bullets go hand in hand for the most part. The likelyhood of Shields getting another shot at Georges St. Pierre are pretty slim. He got beat fairly easily and nobody would be interested in seeing that rematch regardless. Just ask Jon Fitch how that works.

So where does Shields go if he’s going to have problems beating the rest of the guys in the division and isn’t anywhere close to getting another shot at the title? Does he get another top welterweight in his next matchup? Does the UFC throw him a gimmie fight to get him back on track(since he did them a favor by not pulling out of the Ellenberger fight when his dad died). Does he move back up to the UFC middleweight division and start climbing that ladder?

Whatever he decides to do, it’ll be interesting to see where Jake Shields ends up. What do you think is next for Jake Shields?

14 thoughts on “UFC reaction: Where does Jake Shields go from here?”