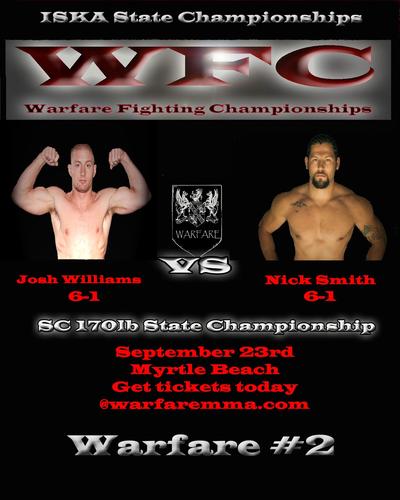 The Warfare MMA promotion will be presenting their ISKA State Championship Grand Prix event in Myrtle Beach, SC, on September 23rd.  The venue will be the X Sports Complex with the event beginning at 7pm. You can get your ticket information right here or call 843-446-9359.

This is the second part of the ISKA Grand Prix with the first event taking place back in May and there will be three ISKA title fights on this card. Joshua Williams(6-1)  and Nick Smith(6-1) will do battle for the ISKA welterweight title.