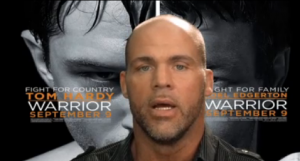 This week’s “Fight Week” starts out with a chat with 2012 Olympic hopeful Kurt Angle who discusses his role in the new film “Warrior” (Did you know his character was based on Fedor?) and his plans of trying out for the 2012 U.S. Olympic wrestling team.

Jason “Mayhem” Miller talks with Greg Savage about the progression of the sport, his goals of making the world a better place (Is this a Miss America pageant?) and his role as coach opposite Michael Bisping on the upcoming season of The Ultimate Fighter on Spike TV.

Finally, Jordan Breen shares his thoughts on UFC Fight Night 25, which takes place Saturday in New Orleans, and the main event match-up between the two Jakes.