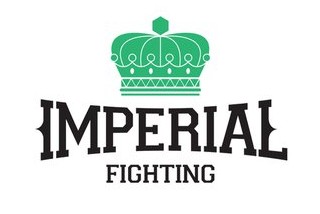 It was a long three hour drive from Raleigh, NC, as I made the track out to Charlotte on yesterday for the first ever Imperial Fighting show. Well, truthfully I made the drive in about 2 hours and 40 minutes. I knew the fight card on paper was of good quality as there were a few notables fighting professionally on the card. I was curious how the show would go and I was excited to finally visit the historic Grady Cole Center, the place where UFC 3 was held exactly 17 years and one day ago from Saturday night.

In fact, let me speak on that experience for a second. This venue holds about 3,000 people max. To think that now the UFC routinely does shows with 15,000 people in attendance was a quick reminder of just how far this sport we call MMA has come.

The first thing I noticed was the configuration of the venue. The cage setup was perfect in that there wasn’t a bad seat in the house. The production was great, which was done by Omega Attire with two big screens that were used for pre-fight interviews as well as screens that you could watch while the fights were taking place. The lighting was great except you were blinded for about ten seconds if you looked directly at them in which I did a couple of times. That was smart of me huh? The music was a nice mixture that keep the crowd moving as well.

The show had a patriotic theme taking place just one day before the ten year anniversary of the terrorist attacks on the World Trade Center and Pentagon. The national anthem was done by a miltary veteran, which I thought was fitting and the gentleman did an excellent job as I literally had goosebumps during the rendition. There was also a video tribute that was done during intermission that was footage of scenes in Washington D.C., the night that it was announced that Osama bin Laden had been killed. The crowd in attendance was particularly responsive which provided a great atmosphere. There was also a rendition of “God Bless America” which was well done.

The most impressive thing that I noticed was the pace of the show. There was very little wasted time which isn’t the norm for most regional shows that I’ve been too. Not to mention this was the promotions first stab at doing a show. The show began shortly after 7pm and the final fight was done just minutes after 11pm which included 11 fights of which five went to the judges.

The fights themselves were fairly competitive. There may have been a couple of mis-matches, but that’s difficult to avoid when dealing with amateur fighters that only have 1 or 2 fights on their resume.

I made the trip back home to Raleigh after the show getting home around 2:15am this morning, and I must say that it was worth the trip for sure. Overall, if you are a fan of the local scene I would highly recommend that you check out Imperial’s second show that will take place in Concord, NC, on November 5th. Stay tuned to Pro MMA Now, the home of North and South Carolina MMA for your MMA fix.