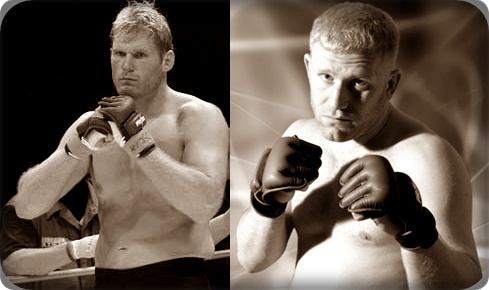 The Strikeforce event taking place this weekend will feature a main event between MMA veterans Josh Barnett and Sergei Kharitonov. Both fighters are PRIDE veterans with hopes of meeting the winner of the Daniel Cormier/Antonio Silva in the finals of this heavyweight grand prix. Let’s get to the fight.

Sergei Kharitonov comes into this fight with a overall record of (18-4) with 9 wins via TKO/KO and 6 technical submissions. Kharitonov was last seen in action knocking out former UFC heavyweight champion Andrei Arlovski in the very first round back in February. Kharitonov comes from a sambo and kickboxing background so he is versed on the ground as well as striking. However, he prefers to strike it seems as evident by the number of fights he has finished via TKO/KO.

Josh Barnett comes into this fight with a overall record of (30-5) with 7 wins via TKO/KO and 18 wins via submission. Barnett was last seen in action dispatching Brett Rogers via submission in the second round back in June. Barnett comes from a catch wrestling background and as you can see by his record is versed in submission. Barnett has striking skills but prefers to take the fight to the mat and impose his will or submit his opponents. It should be noted that Barnett has only lost to three men in his entire career including three losses to Mirko Cro Cop.

Bet on Fighting has Barnett as the betting favorite at (-305) and Kharitonov as the underdog at (+245).

I would agree with those odds. Stylistically, this fight is similar to the Roger’s fight for Barnett although Kharitonov is much more technical standing and on the ground. However, Barnett will look to close the distance to not allow Kharitonov the opportunity to unleash his striking power. He’ll look to put Kharitonov against the cage and then work for a takedown from there with some dirty boxing thrown in there at times when as Kharitonov tries to defend the takedown. Once on the ground it should be all Barnett as he has a very good base and is great at controlling his opponents once he obtains top position.

Kharitonov will simply need to keep this fight standing and hopefully he can hurt Barnett with strikes. He’ll look to separate when Barnett closes the distance and will look to get back to his feet if taken down. However, I think the size of Barnett coupled with his methodical approach on the ground will be too much for the Russian. I think Barnett wins this fight via decision.