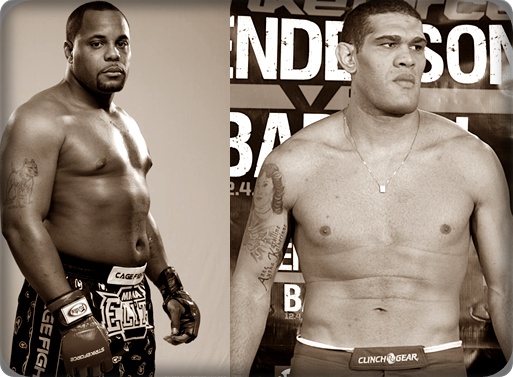 One half of the Strikeforce Heavyweight Grand Prix semifinal will be between Daniel Cormier and Antonio “Bigfoot” Silva in Cincinnati, Ohio, this weekend. The winner of this fight will take on the winner of the main event between Josh Barnett and Sergei Kharitonov. Let’s get right to the Cormier/Silva battle.

Daniel Cormier brings a overall record of (8-0) with 3 wins via TKO/KO and one technical submission to his credit. Cormier was last seen putting on a dominating performance over MMA veteran Jeff Monson in June of this year. Cormier is a highly decorated wrestler, former Olympian, and a All-American at Oklahoma State University. He has shown good stamina and a ever improving striking game to go with his strong wrestling background.

Antonio Silva brings a overall record of (16-2) with 11 wins via TKO/KO and 2 technical submissions to his credit. Silva was last seen becoming the fight man to legitimately put on a beaten on the great Fedor Emelianenko back in February. Silva is a well rounded fighter with good striking power and a legitimate ground game with Brazilian jiu-jitsu. Silva has had cardio issues in the past and will give up takedowns at times. However, he is absolutely massive standing at 6’4″ and having to cut a large amount of weight to make the 265 pound limit.

This will be an interesting fight for a number of reasons. Cormier will be giving up nearly 40 pounds and about 10 inches in reach, and this will be the toughest opponent that Cormier has faced by far. Cormier will have the wrestling and speed advantage, but will he be able to overcome those huge disadvantages?

Cormier will have to rely on his speed and wrestling pedigree if he’s to win this matchup. He’s going to have to use his improved striking to set up his takedowns and basically wear Silva out with an incredible pace. Silva is a legit blackbelt on the ground but I think Cormier is safer there than he would be standing with Silva and facing that power and 10 inch reach advantage.

Silva will need to keep the fight standing and use that reach advantage to stop Cormier from closing the distance and getting in on his legs for takedowns. I doubt that Silva can do it, but IF he can get Cormier down somehow and obtain top position he would put Cormier in a very difficult predicament. Silva’s top game is VERY good.

This is a tough fight to call. I think Cormier has the tools to beat Silva, but is he experienced enough to implement the gameplan? I think so. I think he’ll be able to gauge the range and speed of Silva and then put him on his back, and from there go to work with some ground and pound while making Silva use energy to get back to his feet. I like Cormier in the upset via decision.