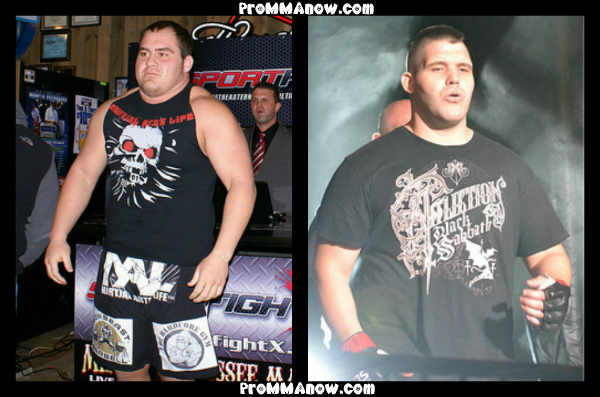 The event will air LIVE on HDNet.

“This is a big fight for the XFC. Whoever wins this fight will be one of the top guys in our heavyweight division. Chase has fought some of the toughest guys in the world and has legit wrestling credentials. He also has heavy hands and an underrated ground game. On the other hand, Scott Barrett is one of those guys that is under the radar. Quietly he has built an impressive record and dominated everyone in the Southeast. He is an animal and has some of the most brutal ground and pound I have ever seem. I’m really excited for October 21st.”

Barrett (12-2) is a product of the Hardcore Gym in Athen, Ga. He has fought twice so far in 2011, ending both matches via first round TKO, including a win over UFC veteran Mike Wessel (10-4) in January.

A former NAIA All-American wrestler, Gormley (7-4, 1 NC) started out his pro MMA career with a perfect 6-0 record prior to signing with the UFC in 2009. After dropping bouts to Stefan Struve and Brendan Schaub in the Octagon, Gormley was released from his UFC contract.

Fortunately for Gormley, the bout with Barrett is not until Oct. 21, because the NSAC issued him a medical suspension with no contact until Oct. 5 following the loss to Tribolet.

Although Gormley has had some setbacks over the past couple of years he has faced some tough competition and Barret is not overlooking him, far from it. Barrett commented on the match-up:

“This will be the biggest fight of my career. I’ve fought some tough guys in the past but none that have the skills of Gormley. I pride myself on being a good wrestler but his credentials are a lot better than mine. He has great takedowns and a lot of power in his right hand. I’m going to get a good camp in and work on finding holes in his game so I can come out on top in October.”

Stay close to ProMMAnow.com (www.prommanow.com) as additional bouts for XFC 14 will be announced over the coming weeks.