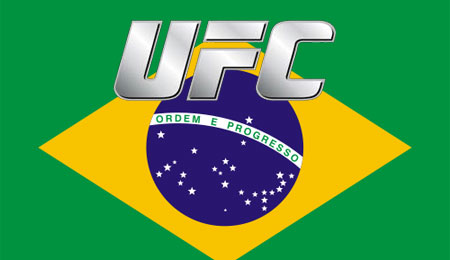 The UFC 134 Rio: Silva vs. Okami event that will take place in Rio de Janeiro, Brazil, is a highly anticipated event and rightfully so. It’s stacked with some of the best fighters in the world, former champions, and some up and comers. However, the most important thing about this card is the storylines heading into the event. Normally when I do these type of posts I’ll have 3-5 questions that can be pondered heading into the event. This card is so good that I had to do six questions. I probably could have done a couple more but they were not significant questions in the grand scheme of things. Let’s get it starting at the top of the card:

Man, Anderson Silva hasn’t lost since 2006. Fourteen fights with twelve finishes. That’s right twelve finishes and let’s be real. Anderson Silva is so good that he probably could have finished those two opponents if he wanted to. That’s scary. However, the last loss that Silva endured was against the same guy that he’ll be facing on Saturday night in Yushin Okami. Granted, Okami won the fight via DQ as Silva hit him with an illegal upkick to his face. Silva has beaten the best of the best as a middleweight and Okami is one of the last quality middleweights out there that Silva has yet to defeat. The only other fighter that I can think of that has faced the same level of competition or better is Georges St-Pierre. While dominant, he has gone to the judges 9 times in his UFC career. What say you?

I know what you are saying. “Shogun was the UFC light heavyweight champion in his last fight!” Shogun Rua was a monster in PRIDE. It was clear that the knee injury he suffered before coming to the UFC played a role in his loss to Forrest Griffin during his UFC debut way back at UFC 76. I understand that Griffin was injured too, but if Rua had cardio in that fight I believes he wins. Rua was able to rebound and come back to form against Lyoto Machida(in both fights and I believe he won the first matchup with Machida and made sure by finishing him the second time). However, the Rua that faced Jon Jones just seemed overmatched or something. Is is that Jon Jones is just that good. Did that knee that Jones landed off the bat really take that much out of Rua? A healthy Rua should be able to give Forrest Griffin fits, but what if he’s unable to perform? What if the rumors of him injuring his knee again during training are true? Now, those same rumors came out prior to one or both of the Machida fights and it looked like the Rua of old when the fights took place. Is his camp playing psychological warfare with Griffin(they’ve denied the rumor and said Rua is healthy)? If Rua loses, he still has some intriguing fights left, namely a re-match with Rampage Jackson should Jackson lose to Jon Jones next month. I suppose we’ll see what he brings on Saturday night.

I’ll be the first to admit that I’m not a fan of what Schaub is or has been doing. I know the game of older fighters passing the torch to younger guys. I thought Schaub’s fight with Gabriel Gonzaga was the perfect opportunity for that to happen and the young guy went out there and won the fight. What does Schaub do? He asks to fight Mirko Cro Cop and manages to survive and finish Cro Cop late in the fight. Now what does Schaub do? He asks to fight Antonio Rodrigo Nogueira who hasn’t fought in almost two years AND who is coming off knee and hip surgery. There’s no doubt that Nogueira is one of if not the second greatest heavyweight of all time. However, what does Schaub get with a win over the veteran? Does beating a Nogueira coming in off of these circumstances do anything for Schaub?

Man. Have you seen Edson Barboza fight? If not, go watch his last fight with Anthony Njokuani. I picked Njokuani in that fight and I still believe that Njokuani won that fight, even Fightmetric backs me up but Barboza has some killer standup skills. He’s 8-0 with 7 finishes and a win on Saturday night would make him 3-0 inside the UFC. Ross Pearson is a former TUF winner and a win for Barboza could certainly up his stock in an increasingly crowded lightweight division. Keep your eyes open!

I used to be real high on Luiz Cane before he failed to evolve and continued to block punches with his face. A former fringe top ten light heavyweight, Cane suffered two brutal knockouts before rebounding in his last outing against Elliot Marshall. Cane is a very aggressive fighter with good power and is supposedly good on the ground as well. He’s facing a newcomer that I admittedly don’t know much about, but a win here for Cane would certainly put him back in the conversation to face stiffer competition again.

Wow. It takes a while to climb that mountain but it sure doesn’t take long to fall does it? Just ask Paulo Thiago who burst on the scene to win three out of his first four fights in the UFC. However, Thiago has now dropped two fights in a row while getting dominated in both fights. We know that the UFC will pull the trigger and cut guys who lose three in a row(unless you are named Dan Hardy). A loss for Thiago here could be the end of the road for the Brazilian. A win would be huge and probably thrust him back in the mix of another crowded division.

Be sure to make Pro MMA Now your home each day this week as I break down the fights on the main card for UFC 134. Also, remember that you can follow the fights in real time right here with us as we’ll be providing play by play and results for those not near a TV or sports bar.