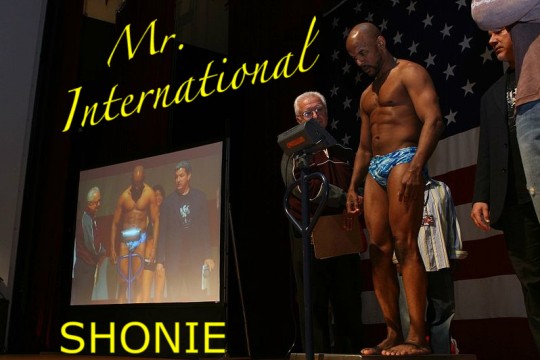 Good morning, afternoon and evening readers! My name is Shonie Carter and I remember there was a time when if you mentioned Ultimate Fighting most people would either not know what you were talking about or would say “Do you fight to the death?”

I also remember when there were no sponsors or ring girls or TV appearances or autograph sessions. The very sport entity has now spawned not only beautiful ring girls who do guest appearances and magazine cover photo shoots, there are also promoters, managers, training partners, coaches and female world champion fighters.

I can tell you from first hand experience that this industry has changed entirely from it’s original inception of the cage. There is now pay-per-view TV time and the possibilities are seemingly endless.

The major organization known as the UFC owned by ZUFFA, LLC has even now partnered with our very own US military, US marines. As a former marine myself I must say that this sport has transformed into something that none of us original guard could have never thought of.

If you are wondering how can I call myself one of the original guard of what is now called MMA, well, I have won over 12 different world title belts from organizations from across the country to around the world. I have competed in over 220 pro fights on the circuit to underground fights that would seem unbelievable (oh yes I have the footage on VHS!).

When a lot of the new superstars were just getting out of their parent’s lap I won world titles that are too many to mention at this time. It was a long time ago that there was an organization called Extreme Challenge, ran by a boxing reporter named Monte Cox who started it and became manager to many of the top names of MMA at one point, including myself.

This where I originally became involved continuously in what is now called MMA. I will tell you that my first taste of fighting was in a town near Jefferson City, Tennessee when I was in college as a wrestler. The days of those goings on by me are long passed as a rookie, but now as a former 13 x MMA world champion I may very well be one of the most experienced fighters known where cross rule competition is concerned.

The modern day fans mostly only know what they see on TV or at the UFC or Strikeforce events that are just about everywhere. The fighters, fans, promoters that are new will see us on reality TV, big screen, toy shelves and now in the papers and on the radio talk shows.

It is like I said, there seems to be no glass ceiling for the potential for what MMA and the UFC brings. If you are interested more on MMA you can find in any home town and if you ever are really interested you can visit me at my school for a small taste of what it is like to train in MMA from a spinning back-fist veteran from the UFC!

The address to my school is 3718 West Irving park here in Chicago, and it is called Keller’s Martial Arts just call to set an appointment 773.279.1100. Just tell the ladies that I sent you! Stay tuned for more on my modern day “old School” perspective on various MMA events from local to across the country to around the world.

The “Mr. International” blog by Shonie Carter is part of ProMMAnow.com‘s ongoing series of exclusive content written by individuals involved in the mixed martial arts industry. Check back regularly for new blogs from Shonie. If you have a question for Shonie use the comment section below or send it to ProMMAnow@gmail.com — with “For Shonie” in the subject line. Follow Shonie on Twitter @ShonieCarter or on Facebook at www.Facebook.com/shoniemrinternationalcarter.