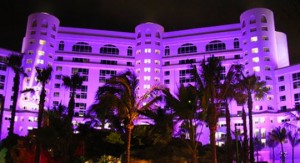 Bellator Fighting Championships will kick off it’s fifth season middleweight tournament on Sept. 17 with Bellator 50 at the Seminole Hard Rock Hotel and Casino in Hollywood, Fla.

In addition to the four tournament quarterfinal bouts on the main card which will air LIVE on MTV2, Bellator 50 will feature eight local feature fights on the preliminary card showcasing some of South Florida’s top talent.

“I’ve said it before that Florida produces some of the best talent in the World, and that talent will certainly be on display September 17th at the Seminole Hard Rock Hotel & Casino.”

For the full Bellator 50 fight card as it currently stands refer to ProMMAnow.com’s Upcoming Events page.