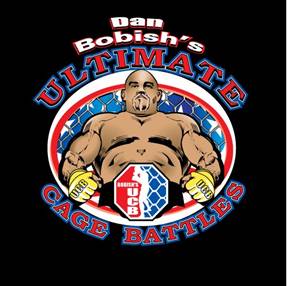 The best promotion in Northeast Ohio is set to make its thunderous return on October 1, as “Ultimate Cage Battles: Champion’s Pride” will bring down the Ohio Nets Sports Complex in Parma, Ohio once again. Promoted by UFC and PRIDE veteran and Ohio MMA pioneer Dan “The Bull” Bobish, “Champion’s Pride” is set to be the most stacked event in UCB’s short history.

The first two titles in UCB history will be given out on the night, as middleweight and featherweight champions will be crowned.

First, a pair of two-time UCB veterans will square off with the middleweight title on the line, as Cleveland’s own Matt Masterson (fighting out of Cleveland, OH / 9-3; 3 KO, 4 sub) looks to keep his hot streak alive against Detroit native and striking specialist Marcus “The Iron Dragon” Reynolds (fighting out of Detroit, MI / 8-7; 7 KO).

Masterson returned to action earlier this year after taking a year off, and he immediately halted the progress of one of the sport’s top prospects in Cortez Coleman at “UCB: Stars and Stripes” in April. Masterson then earned a victory over Kyle Weickhardt in Milwaukee, and he returned at “Bombs Away” in July to defeat Marcus Finch to earn a title shot.

Reynolds, a King of the Cage and Shine Fights veteran, is known as a devastating striker, and he showed that by earning a knockout over Brandon Ezzo at “Bombs Away” in July to earn his title shot.

In the night’s second title bout, the inaugural UCB World Featherweight Tournament will come to a conclusion, as Justin “The Hawk” Steave (fighting out of Weirton, WV / 1-0; 1 sub) is set to take on Josh “El Cabron” Tyler (fighting out of Mechanicburg, VA / 3-0; 3 sub) with the title on the line. Steave and Tyler earned their places in the final by both earning submissions at “Bombs Away” in the tournament semifinals. Now, two of the sport’s best featherweight prospects will look to add a quality win to their records along with a prestigious title belt.

The night’s third headliner is a fight that Ohio fans have been waiting years to see. Featherweight Cody “The Wolverine” Stevens (fighting out of Mansfield, OH / 8-2; 2 KO, 4 sub) will square off with Strikeforce veteran Billy Vaughan (fighting out of Columbus, OH / 10-9; 3 KO, 7 sub). Both fighters are looking to make a statement to make it to the next level, and this could very well be the best fight of the night.

More bouts are soon to be announced for this stacked pro/am event!

About Bobish’s Ultimate Cage Battles
Founded in 2010 by mixed martial arts pioneer and former world champion Dan “The Bull” Bobish, “Ultimate Cage Battles” aims to provide an outlet and proving ground for up-and-coming fighters in the Midwest. The company promotes fights in Northeast Ohio, but has featured fighters from many surrounding states, including Kentucky, Michigan, Pennsylvania, Indiana, Illinois, West Virginia, Missouri, and more. The organization has also branched out to include fighters from California, North Carolina, and Brazil.

The company works under the sanctioning of the progressive Ohio Athletic Commission, aiming to produce compelling and fair matchups. For more information, visit us at www.UltimateCageBattles.com, on Twitter, on Facebook, or on YouTube.