Jim Hettes steps in for Leonard Garcia against ‘Bruce Leroy’ 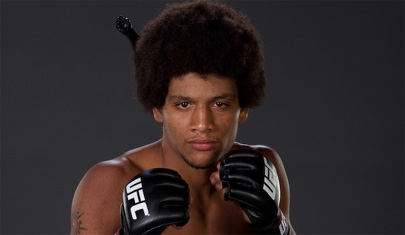 Leonard Garcia has been forced out of his upcoming bout against Alex “Bruce Leroy” Caceres. UFC officials have announced that Jim Hettes will step into the UFC Live 5 contest, which takes place Aug. 14 at the Bradley Center in Milwaukee, Wis..

Details of Garcia’s injury were not immediately made available.

The UFC offered Hettes a fight last December, but he was forced to turn it down due to contractual obligations. Now that he is free and clear, he can make his debut. He will bring a perfect 8-0 record into the cage. The submission specialist has finished all of his fight via tapout. In his last fight, he submitted Jacob Kirwan in the second round.

Caceres made a name for himself after building up his character on the UFC’s reality show. In his promotional debut, he dropped a fight to Mackens Semerzier via rear-naked choke submission. The loss dropped his professional record to 5-3.

In the main event of UFC Live 5, also known as UFC on Versus 5, Dan Hardy will take on Chris Lytle in a welterweight fight. Jim Miller and Ben Henderson will also face off with a potential title shot on the line for Miller.